Why it's the most important

The 10-year Treasury note is a loan you make to the U.S. federal government. It's the only one that matures in a decade. The note is a type of bond, which is the most popular debt instrument in the world. It's backed by the U.S. "Full Faith and Credit Clause." Compared to sovereign debt from other countries, there is little risk that the U.S. would default on these obligations.

The U.S. Treasury creates each bond issue, each in increments of $100 and paying a pre-specified amount of interest called its "coupon yield." They are initially offered to investment banks via an auction conducted by the Federal Reserve, who in turn offer them to their investors on the secondary market all around the world. This is where "market yields" are determined.

When there is a lot of demand, investors bid at or above the face value. In that case, the yield is low because they will get a lower return on their investment. It's worth it to them, though, because they know their investment is safe. They are willing to accept a low yield in return for lower risk.

Treasury rates fall during the contraction phase of the business cycle. It drives interest rates down. It provides greater liquidity right when the economy needs it.

When there's a bull market or the economy is in the expansion phase of the business cycle, there are plenty of other investments. Investors are looking for more return than a 10-year Treasury note will give. As a result, there's not a lot of demand. Bidders are only willing to pay less than the face value. When that happens, the yield is higher. Treasurys are sold at a discount, so there is a greater return on the investment.

It's easy to confuse the fixed annual interest rate—the "coupon yield"—with the "yield to maturity" quoted daily on the 10-year treasury. Many people refer to the yield as the Treasury Rate. When people say "the 10-year Treasury rate," they don't always mean the fixed interest rate paid throughout the life of the note. They often mean the yield.

Treasury yields always move in the opposite direction of Treasury bond prices.

Treasury yields change every day because they are resold on the secondary market. Hardly anyone keeps them for the full term. If bond prices drop, it means that demand for Treasurys has fallen, as well. That drives yields up as investors require more return for their investments.

The major exception is adjustable-rate mortgages, which follow the federal funds rate. However, even this rate is tied to the 10-year Treasury yield, though less directly. Some believe the Federal Reserve watches the Treasury yield before making its decision to change the federal funds rate, though it's a matter of debate whether that's true or not. The 10-year Treasury note yield indicates the confidence that investors have in economic growth.

Mortgages and other loan rates will always be higher than Treasurys. They must compensate investors for their higher risk of default and account for any loan processing fees. Even if 10-year Treasury yields were to fall to zero, mortgage interest rates would be a few points higher.

Even though your personal loan won't be as low as the Treasury yield, the yield still impacts your life. It makes it cost less to buy a home. You've got to pay the bank less interest to borrow the same amount. As home-buying becomes less expensive, demand rises. As the real estate market strengthens, it has a positive effect on the economy. It increases gross domestic product growth, which creates more jobs.

Investing in the 10-year Treasury note is among the safest forms of sovereign debt, even though the current U.S. debt has been more than 100% debt-to-GDP ratio since late 2015. That means that it would take more than the entire production of the American economy in a year to pay off the country's debt. Investors get worried about a country's ability to pay when the ratio is more than 77%. That's the tipping point, according to the World Bank. It's not a problem when it only lasts for a year or two but can depress growth if it lasts for decades.

Since the United States can always print more dollars, there's virtually no reason it ever needs to default. The only way it could is if Congress didn't raise the debt ceiling. That would forbid the U.S. Treasury from issuing new Treasury notes.

Usually, the longer the time frame on a Treasury product, the higher the yield. Investors require a higher return for keeping their money tied up for a longer period. That's called the yield curve.

On July 5, 2016, it beat that record set in 2012 and closed at 1.37%. Investors were concerned about the United Kingdom's vote to leave the European Union.

After peaking in January 2019, the yield began to fall. By March 22, 2019, the yield curve inverted. The 10-year yield had fallen to 2.44%, below the three-month yield of 2.46%. That meant investors were more worried about the economy in three months than in 10 years.

An inverted curve is an abnormal phenomenon in which the yields on short-term bonds become higher than those on long-term ones. When investors demand more return in the short term than in the long run, they think the economy is headed for a recession.

The yield later recovered, then inverted again, and it remained mostly inverted through mid-August. On August 15, the 30-year bond yield closed below 2% for the first time in U.S. financial history. The 10-year note yield rose to 1.93% on December 23, 2019.

The 10-Year Note and the Treasury Yield Curve

You can learn a lot about where the economy is in the business cycle by looking at the Treasury yield curve. The curve is a comparison of yields on everything from the one-month Treasury bill to the 30-year Treasury bond. The 10-year note is somewhere in the middle. It indicates how much return investors need to tie up their money for 10 years. If they think the economy will do better in the next decade, they will require a higher yield to keep their money socked away. When there is a lot of uncertainty, they don't need much return to keep their money safe.

Usually, investors don't need much return to keep their money tied up for only short periods of time, and they need a lot more to keep it tied up for longer. For example, on Dec. 30, 2021, the yield curve was:

How can I buy a 10-year Treasury note?

How are 10-year Treasury notes taxed?

The interest income from Treasury notes is subject to federal taxes but not state or local taxes. The interest you receive in a year is reported on a 1099-INT form, which you will receive at the beginning of the following year. If you choose, you can have up to 50% of your interest earnings withheld. 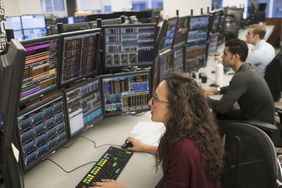 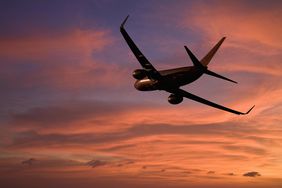 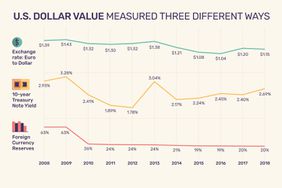 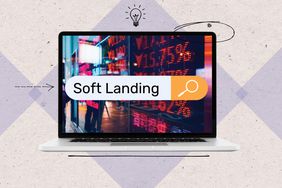 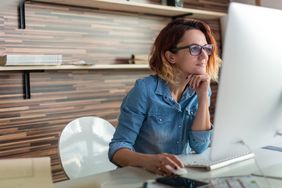 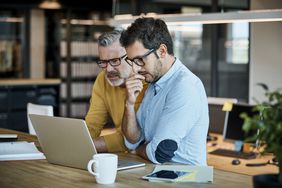 What Is the Risk-Free Rate of Return? 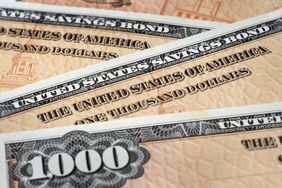 How Bonds Affect the U.S. Economy