The Alternative Minimum Tax (AMT) is triggered when taxpayers have more income than an exemption amount and they make use of many common itemized deductions. You must calculate your tax twice if your income is greater than the AMT exemption. Calculate the regular income tax you'd owe first, then figure the AMT by adding back in certain deductions that you claimed. You must then pay the tax that's the highest.

The Tax Cuts and Jobs Act (TCJA) kept the AMT in place when the TCJA went into effect in 2018. But it raised the exemption amounts and phaseout levels for tax years 2018 through 2025.

The AMT is more likely to affect married taxpayers with children for several reasons. First, they often have higher incomes if both parents are working. Second, the AMT doesn't provide additional exemptions for each household member.

The History of the AMT

Congress first created a simplified version of the Alternative Minimum Tax in 1969. It was originally known as the "millionaires' tax." It was designed after the Internal Revenue Service discovered that 155 millionaires paid no taxes in 1969 because they were able to claim significant tax deductions that weren't available to the average worker. The idea was to make sure that wealthy Americans didn't get away tax-free by employing this tactic.

The Reagan administration created a version of the AMT to include more widespread exemptions and deductions.

Congress applied a higher tax rate on incomes that reached a certain level. It added the personal exemption, state and local taxes, and the standard deduction back to income. It targeted deductions like union dues and some medical costs. Reagan's AMT tax reform eliminated the more exotic investment deductions that had been used predominantly by the very wealthy.

But Congress didn't adjust the income levels for inflation, so more and more middle-income families began to find that they were subject to the AMT simply because they were earning a bit more due to inflation. Congress then passed a "patch" each year to prevent that from happening.

Then Congress passed the American Taxpayer Relief Act in 2013. ATRA automatically adjusted the income thresholds to keep up with inflation.

How the AMT Works

The AMT is different from the regular tax rate because it doesn't include the standard deduction or most itemized deductions in its calculations. Some of these itemized deductions include state and local income taxes, foreign tax credits, and employee business expenses. Real estate and personal property taxes are not deductible under AMT rules.

The AMT might include other income streams that aren't counted by regular income tax rules. The AMT is higher than the regular tax in many cases for this reason.

Other income streams that may be included in AMT calculations include:

There are only two AMT tax rates as of 2022: 26% and 28%. The 28% AMT rate applies to taxpayers with AMT-calculated incomes of $206,100 as of the tax year 2022. The same rate applies whether you're single or filing a joint married return. But married taxpayers who file separate returns hit this threshold at AMT incomes of just $103,050.

The AMT exemption begins to disappear and phase out after you reach a certain income level. But these are very high thresholds: $539,900 for single filers and $1,079,800 for married taxpayers of joint returns as of 2022.

Who Has To Pay the AMT?

You only have to concern yourself with the AMT if your adjusted gross income (AGI) exceeds the exemption for your filing status. You would then have to calculate your alternative minimum taxable income and pay the higher tax.

How To Calculate the AMT

Calculating the AMT you might owe begins with adding certain disallowed deductions back to your income to arrive at your AMT income. Next, subtract the AMT exemption for your filing status from this amount. Then multiply the balance by either 26% or 28%, depending on your income. You can then subtract the amount of that tax year's AMT foreign tax credit, if applicable.

You can calculate your AMT income on IRS Form 6251. The form walks you through the steps. Tax preparation software will take care of all this number crunching for you if you use it.

Can You Avoid the AMT?

You can adjust your spending as you head into a new year to reduce the AMT if your earnings are such that you'll have to calculate and possibly pay it. This can involve how you approach certain tax deductions that must be added back to your income for purposes of calculating the AMT. Some methods include:

What percentage of income goes to taxes?

How can you reduce the alternative minimum tax?

You'll have to reduce your adjusted gross income to reduce the AMT through adjustments to income that aren't affected by the tax. Consider contributing the maximum amount to a 401(k) or another qualified retirement plan. If you have a high-deductible health plan, you can also contribute to a health savings account (HSA). Consider switching to more tax-efficient investments in your taxable investment accounts. 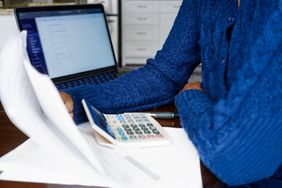 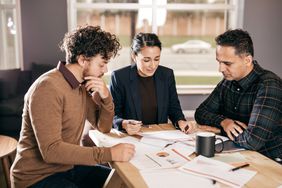 How Are Employee Stock Options Taxed? 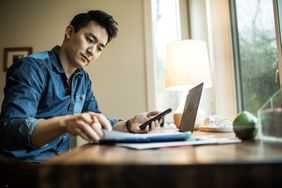 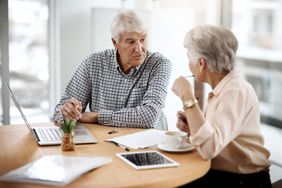 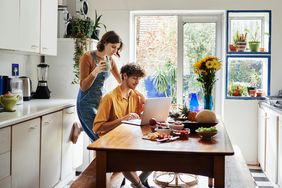 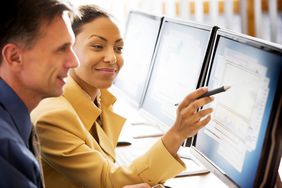