The Basics of Commercial Umbrella Policies

A commercial umbrella policy protects your business against large liability losses by providing an added layer of coverage over your primary insurance. It affords extra coverage to help pay for costs that exceed the liability limits on your general liability, commercial auto liability, and other underlying policies. An umbrella safeguards your firm against unexpected claims that could devastate your business and force it to shut down.

Umbrella insurance provides an added layer of liability coverage that applies when the limits on your underlying policies have been used up in the payment of damages. A personal umbrella applies after the liability limits on the insured's homeowners, personal auto, and boat policies have been reduced or exhausted. A commercial umbrella pays claims after the limits on the insured's general liability, business auto, and employers liability insurance have been reduced or depleted.

Many businesses purchase a commercial umbrella because they need more protection against large losses than their primary policies can provide. While any firm can be hit with a large claim, some businesses are more vulnerable to catastrophic losses than others. Examples are construction contractors, tree trimmers, and crane operators.

Some businesses obtain an umbrella to fulfill limits requirements in a contract. For example, suppose that Premier Paving has contracted with Busy Builders to construct a parking lot at a new shopping center. The contract requires Premier to maintain a $3 million per occurrence limit for general liability and a $3 million per accident limit for auto liability insurance. If Premier's primary liability and auto policies have limits of only $1 million, the company can satisfy the contract by purchasing an umbrella policy with a $2 million limit.

The $2 million umbrella will "sit on top of" Premier's $1 million general liability and auto liability policies, resulting in a total limit of $3 million.

How Does Commercial Umbrella Insurance Work?

A commercial umbrella covers damages or settlements that result from claims against your firm for bodily injury, property damage, orpersonal and advertising injury. It also pays the cost of defending your business against lawsuits covered by the policy. The umbrella will apply if a claim covered by the policy generates damages or a settlement that exceeds the limits on your primary insurance.

The following example demonstrates how an umbrella works. Premier Paving is working on the parking lot project outlined above. A Premier employee is operating an asphalt paving machine when he accidentally injures two bystanders. Each sues Premier for $750,000. The claims arose from the same occurrence so Premier's general liability policy pays only $1 million for both claims. Premier's umbrella policy will pay the remaining $250,000.

An umbrella may cover some risks not insured by underlying policies. An example is claims brought outside the United States. Most general liability policies limit coverage to claims brought in the U.S.A. or Canada, but many umbrellas cover claims brought anywhere in the world.

The cost of an umbrella policy depends on the limits you purchase, the nature of your business, and your claims history. A policy with a $5 million limit will cost more than a policy with a $1 million limit. Businesses in riskier occupations like transportation or construction will pay more for an umbrella than those in low-risk occupations. For most small businesses, umbrella coverage is relatively inexpensive. The online agency Insureon reports that its customers pay a median of $75 per month, or $900 annually, for an umbrella policy.

Things to Watch Out For

Secondly, some umbrellas include a self-insured retention (SIR), a specified amount your firm must pay before your umbrella will make any payment. An SIR applies to claims covered by the umbrella but not by underlying policies. For example, suppose your umbrella includes a $5,000 SIR. Your umbrella (but not your primary policy) covers claims arising from discrimination not related to employment. A customer sues your firm, claiming your company discriminated against him based on his religion. If the claim is settled for $20,000, you will pay $5,000 and your umbrella will pay the remaining $15,000.

Finally, your umbrella policy and all of your primary policies should have the same inception and expiration dates. Coverage gaps can occur if your umbrella doesn't run concurrently with your underlying policies. 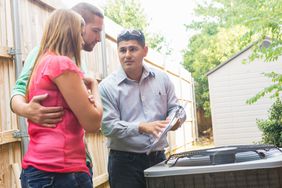 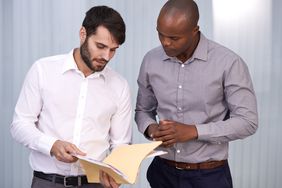 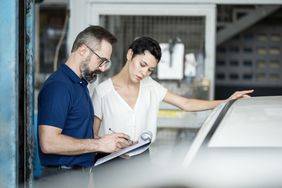 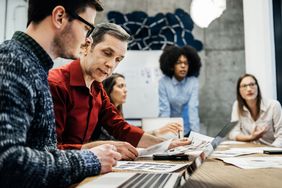 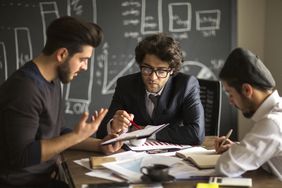