Definition and Examples of Communism

learn about our financial review board
Fact checked by
Katie Turner

The Origins of Communism

German philosopher Karl Marx developed the theory of communism. He said it was, "From each according to his ability, to each according to his need." In his view, capitalistic owners would no longer siphon off all the profits. Instead, the proceeds would go to the workers. To Marx, this meant that people would work at what they loved and did well. They would happily contribute these skills for the good of all. The economy would prosper because they would work harder than in capitalism.

"To each according to his need" meant the community would take care of those who couldn't work. It would distribute goods and services to everyone as they required them. Those who were able to work would be motivated by enlightened self-interest.

10 Characteristics of Communism in Theory

In the Communist Manifesto, Marx and co-author Friedrich Engels outlined the following 10 points.

The manifesto mentions state ownership in its last three points, making even this pure vision of communism sound like socialism. But Marx argued that state ownership is a valid stage in the transition to communism.

In a true communist economy, the community makes decisions. In most communist countries, the government makes those decisions on their behalf. This system is called a command economy.

The leaders create a plan that outlines their choices, and it's executed with laws, regulations, and directives. The goal of the plan is to give to "each according to his need." Communist countries have free health care, education, and other services. The plan also seeks to increase the nation's economic growth, secure national defense, and maintain infrastructure.

The state owns businesses on behalf of the workers, which, in effect, means the government owns a monopoly. The government rewards company managers for meeting the targets detailed in the plan. In communism, central planners replace the forces of competition and the laws of supply and demand that operate in a market economy, as well as the customs that guide a traditional economy.

Communism is most similar to socialism. In both, the people own the factors of production. The most significant difference is that output is distributed according to need in communism. Communism is most different from capitalism, where private individuals are the owners, but it is similar to fascism in that both use central plans. Fascism allows individuals to retain factors of production, and many countries turned to fascism to ward off communism.

Advantages and Disadvantages of Communism

America's Founding Fathers included the promotion of the general welfare in the Constitution to balance these flaws. It instructed the government to protect the rights of all to pursue their idea of happiness, as outlined in the American Dream. It's the government's role to create a level playing field to allow that to happen.

To compensate, citizens create a market to trade the things the planners don't provide, which destroys the trust in Marx's pure communism. People no longer feel the government can give "to each according to his needs."

The last five remaining Communist countries are China, Cuba, Laos, North Korea, and Vietnam. They aren't pure communism but are transitioning from socialism, where the state owns the components of supply. According to Marx, that is a necessary midway point between capitalism and the ideal communist economy. Modern communist societies rely on a mixed economy.

In October 1949, Mao Tse Tung established the Chinese Communist Party. In the late 1970s, China began moving toward a mixed economy. It phased out collective farms and allowed private businesses, but it still strictly follows a five-year economic plan. The government's policies favor state-owned enterprises in sectors vital to its goals. In 2009, China became the world's largest exporter. In 2014, it became the world's largest economy.

In October 1965, the Partido Communista de Cuba became the country's official ruling party. The Soviet Union gave economic support to the impoverished country, and in return, Cuba supported its patron in the Cold War against its neighbor, the United States.

After the fall of the USSR, Cuba suffered, and in April 2011, it began allowing economic reforms. People in Cuba can now buy appliances, cellphones, real estate, and cars, and in 2013 the Cuban government reported that more than 500,000 people are registered as self-employed. However, many experts estimate it to be much higher.

In 1949, the nation won independence from France. In 1986, it began decentralizing control and encouraging private businesses. Laos has created tax incentives to encourage foreign direct investment because it wants to expand its economy beyond exporting its natural resources. Laos currently is under a single-party system and is ruled by the Lao People's Revolutionary Party (LPRP).

In 1953, North Korea's allies China and Russia helped create North Korea to end the Korean War. The country followed strict central planning with communal farming. It suffered famine and poor living conditions in the 1990s and 2000s, and in 2002, it allowed semi-private markets to sell some goods. In 2016 it used government power to spur two mass mobilizations in producing goods for market.

In 1945, communist leader Ho Chi Minh declared his country's independence from France. The French, backed by the United States, seized southern Vietnam. Ho, backed by China, took the northern part. France continued to rule until 1954. In 1975, the communists were successful, and in 1986, Vietnam began transitioning toward a more market-based economy.

Other Examples in History

In 1922, the Union of Soviet Socialist Republics was established with six communist countries: Russia, Belorussia, Ukraine, and the Transcaucasian Federation. In 1936, the Federation became Georgia, Azerbaijan, and Armenia.

By 1991, when it dissolved, the USSR contained 15 total countries. The additional nine were Estonia, Latvia, Lithuania, Kazakhstan, Kyrgyzstan, Moldova, Tajikistan, Turkmenistan, and Uzbekistan.

In 1955, the USSR created the Warsaw Pact with other communist military allies. They included Albania, Bulgaria, East Germany, Hungary, Poland, and Romania.

The USSR had many other communist allies. Many became communists in the 1970s but shifted to another form of government after the USSR collapsed. They included Afghanistan, Angola, Benin, Congo, Ethiopia, and Mongolia. Cambodia was a communist country from 1975 to 1979.

Philosophies emphasizing cooperation, equality, and communal ownership of property go back hundreds, if not thousands, of years. The modern notion of communism is usually traced back to "The Communist Manifesto." In that 19th-century work, authors Karl Marx and Friederich Engels defined their idea of communism while noting its historical roots in earlier movements.

What is the difference between Marxism and communism?

"Marxism" refers to a theory of the relationship between social classes and the economy. Communism, on the other hand, is a revolutionary political movement that actively seeks to change society. There is plenty of overlap, but not all Marxists would call themselves communists. Economists and sociologists may use Marxist theory as a method of analyzing trends and current events, but that doesn't necessarily mean they advocate for the abolition of private property or for any other communist principles.

Can you own property in a communist society?

Theoretically speaking, property ownership is one of the key distinctions between communism and socialism. In a strictly communist system, individuals have no rights to private property, as all property is communally owned, whereas a socialist society allows for individual property rights (though they may be less robust than in a capitalistic society). Practically speaking, strict adherence to the communist theory will vary by country, as some may be more socialist with respect to private property. 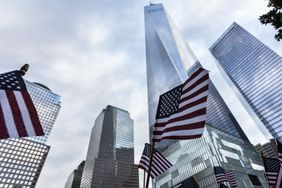 America Is Not Really a Free-Market Economy
What Is Mercantilism? 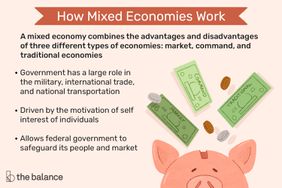 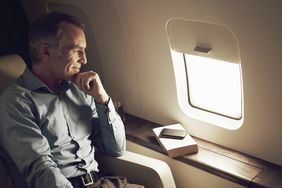 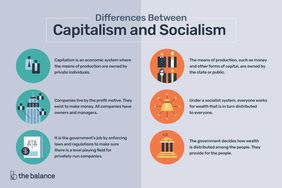 Differences Between Capitalism and Socialism 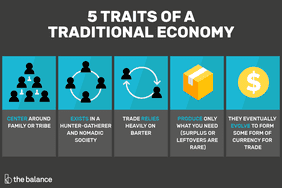