Ripple and Bitcoin Are Tough to Compare for Several Reasons

learn about our editorial policies
Reviewed by
Gordon Scott

Ripple's XRP and Bitcoin are both cryptocurrencies, which are digital alternatives to government-issued currencies. There are some major differences between them.

They differ in their main purposes, how they have been created, and the cost and time needed to make a transaction. Learn more about how Ripple and Bitcoin compare.

What Is Ripple (XRP)?

XRP is a currency that's now mostly used by Ripple to make payments between banks in different government-issued currencies. In 2011, three engineers named David Schwartz, Jed McCaleb, and Arthur Britto set out to create an alternative to Bitcoin. They wanted it to require less energy (in the form of computing power) to produce. They also wanted it to be easier to use as payment.

The engineers developed a distributed ledger, called the "XRP Ledger," a database shared among many people in different locations. Together, they must develop a consensus on whether a transaction is valid. This distributed ledger has an open-source code used to create digital assets called ripples, later renamed XRP.

Along with Chris Larsen, the engineers went on to form a company that is now called Ripple. It was given 80% of the 100 billion XRP the ledger produced. Ripple uses the XRP Ledger and XRP to make cross-currency payments for financial industry customers that use its RippleNet system.

The company placed 55% of the total possible supply of XRP (55 billion) into a series of escrows in December 2017, and may release as many as 1 billion a month.

What Is Bitcoin (BTC)?

Bitcoin was created in 2009 by a person or group using the pseudonym Satoshi Nakamoto. Bitcoin is the first successful decentralized cryptocurrency of its generation; it's also the first to use a blockchain type of distributed ledger.

Like the XRP Ledger, Bitcoin's blockchain ledger relies on multiple participants who all have access to the same information, which helps maintain its security and keep it decentralized. It doesn't rely on one authority—like a government—to give it legitimacy.

Bitcoins are created in a process called "mining" as a reward for lending computing power to the task of verifying transactions. Once a series of transactions are verified, they are permanently added as a block in the chain. The miner who created the block is rewarded with 6.25 bitcoins.

How Do Ripple and Bitcoin Compare?

Value of XRP and Bitcoin

The all-time high price of XRP varies, depending on the pricing source. According to various media reports, it was above $3 in early January 2018. CoinMarketCap reports that XRP's highest price was $3.84 on January 4, 2018.

The Commodity Futures Trading Commission (CFTC) has prosecuted companies and individuals for misrepresenting the risks of cryptocurrency and for manipulating their value.

The CFTC says that you may have no recourse if someone steals your virtual currency. It warns that crypto-trading platforms may lack safeguards against market manipulation and other means of protecting traders.

Payments made using XRP can be completed in three to five seconds; those made using Bitcoin are intended to take an average of around 10 minutes.

Every time an XRP transaction is completed, a small number of XRPs are destroyed. To defend the XRP Ledger from spam or denial-of-service attacks, the transaction cost increases as the load on the ledger increases.

In addition to the Bitcoins mined by completing a block, the miner receives any fees associated with their verified transactions.

How to Buy Cryptocurrency

Both XRP and Bitcoin are traded on cryptocurrency exchanges. You will need to create an account with an exchange. You'll also need to verify your identity.

Some exchanges may not enable you to trade XRP for certain currencies and cryptocurrencies. When you choose an exchange, make sure it offers the precise services you are looking for.

To trade and use XRP, you'll need a wallet; it stores your means of accessing your holdings. The wallet contains a cryptographic key that encrypts and decrypts data. This makes it hard for thieves to steal your money.

Many traders use hardware wallets that they connect to their computers only when needed. Software wallets are less secure because they generally are connected to the internet at all times.

Ripple's XRP and Bitcoin are both cryptocurrencies that you can trade like government-issued currencies. You can also use both to buy goods and services. Just keep in mind that the number of places that will accept them for payment is limited.

Ripple, the company that holds the vast majority of XRP, uses it to facilitate transactions between banks using different currencies. XRP is much less likely to be used by consumers than Bitcoin. Bitcoin was created to be an alternative to government-backed currencies. 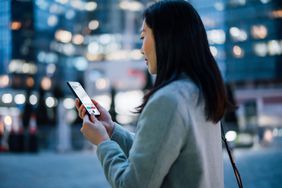 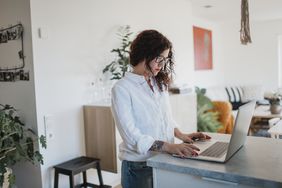 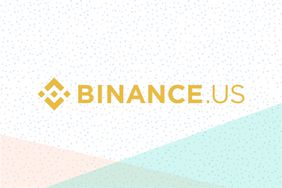