Consumer spending is what households spend to fulfill everyday needs. This private consumption includes both goods and services. Every one of us is a consumer. The things we buy every day create the demand that keeps companies profitable and hiring new workers.

Almost two-thirds of consumer spending is on services, like real estate and health care. Other services include financial services, such as banking, investments, and insurance. Cable and internet services also count, as do services from non-profits.

The most important determinant is disposable income. That's the average income minus taxes. Without it, no one would have the funds to buy the things they need. That makes disposable income one of the most important determinants of demand. As income increases so does demand. If manufacturers ramp up to meet demand, they create jobs. Workers' wages rise, creating more spending. It's a virtuous cycle leading to ongoing economic expansion. If demand increases but manufacturers don't increase supply, then they will raise prices. That creates inflation.

The second component is income per capita. It tells you how much each person has to spend. Income measurements might rise just because the population increases. Income per person reveals whether each person's standard of living is also improving.

Income inequality is the third determinant of spending. Some people's income may rise at a faster pace than others. The economy benefits when most of the gain goes toward low-income families. They must spend a more significant share of each dollar on necessities until they reach a living wage. The economy doesn't benefit as much when increases go toward high-income earners. They are more likely to save or invest additions to income instead of spending.

The fifth determinant is consumer expectations. If people are confident, they are more likely to spend now. The Consumer Confidence Index measures how confident people are about the future. It includes their expectations of inflation. If consumers expect inflation to be high, they will buy more now to avoid future price increases. That's why the Federal Reserve targets a 2% inflation rate.

Consumer spending is the single most important driving force of the U.S. economy. Keynesian economic theory says that the government should stimulate spending to end a recession. On the other hand, supply-side economists believe the government should cut business taxes to create jobs. But companies won't boost production without demand no matter how low taxes are. If you doubt this, think about what would happen if everyone stopped spending. Businesses would eventually go bankrupt and lay off workers. The government would then have no one to tax.

The economy would have to rely on exports, assuming other countries kept up their consumer spending. Borrowing would keep the government and factories open. These additional components of the gross domestic product aren't as critical as consumer spending.

Too much of a good thing can also be damaging. When consumer demand exceeds manufacturers' ability to provide the goods and services, prices increase. If this goes on, it creates inflation. If consumers expect ever-increasing prices, they will spend more now. That further increases demand, forcing businesses to raise prices. It becomes a self-fulfilling prophecy that 's hard to stop. That's why the primary mandate of the nation's central bank, the Federal Reserve, is to ward off inflation.

How Consumer Spending Is Measured

Consumer spending is measured in many different ways. The most comprehensive is the monthly Personal Consumption Expenditures (PCE) report.

The Consumer Expenditure Survey is released in August each year by the Bureau of Labor Statistics. It is similar to the PCE but has a little more detail about types of households. That's because the BLS analyzes data from the U.S. Census. The BLS releases the most current report in September each year.

Retail sales is another component of consumer spending. You can check how healthy it is with the most recent retail sales statistics.

Consumer spending drives a significantly large part of U.S. GDP. This makes it one of the biggest determinants of economic health. Data on what consumers buy, don’t buy, or wish to spend their money on can tell you a lot where the economy may be heading. Watching the trend on consumer spending can serve as an invaluable tool for managing your investments.

What is the most important determinant of consumer spending?

What is not an example of consumer spending?

Paying taxes is not consumer spending, because nothing is being purchased. What governments do with that tax money, though, can increase consumer spending and drive the economy, for example by creating constructions jobs or providing unemployment benefits so taxpayers can still buy necessities.

What Is Demand?
What Are the Major Causes of Inflation? 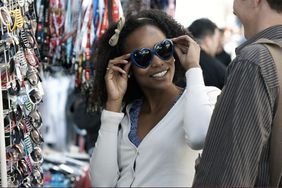 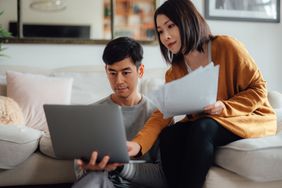