The current unemployment rate, which measures the percentage of workers who want a job but don’t have one, has remained low as the U.S. economy continues to rebound from COVID-19.

The Bureau of Labor Statistics tracks unemployment and jobs on a monthly basis. The current unemployment rate reveals more about the state of the overall economy and its impact on the average American's finances.

What the Current Unemployment Rate Means for You

When businesses are hiring, wages rise and fewer people are unemployed. That’s seemingly good news for you and your wallet. But that might not necessarily be the case.

Because there are so few unemployed people, employers have to compete even harder to attract employees and get staffed up. That means pay rises–but inflation comes along for the ride. Inflation is makes gas, groceries, and nearly anything else you want to buy way more expensive.

The inverse relationship between low levels of unemployment and high levels of inflation has been studied using the Phillips Curve since 1958.

The Federal Reserve is typically trying to help you catch a break by raising interest rates, but in doing so also makes borrowing more expensive for consumers and businesses alike. High interest rates make it more expensive for individuals to buy a house or car, and for businesses to invest in equipment or more employees, which hurts the job market.

Difference Between the Unemployment and Jobs Reports

The unemployment rate and figures from the jobs report don't always tell the same story, because they are taken from two different surveys.

The unemployment rate is taken from the household survey of individuals. It describes who is employed and who isn't based on their responses.

The number of jobs added is taken from the establishment report, more commonly called the "nonfarm payroll report." This survey of businesses describes how many jobs were created or lost by industry.

The number of unemployed doesn't match the number of jobs lost, because these reports are taken from completely different sources. Those discrepancies are expected, and the estimates are revised each month as more data comes in.

How to Use the Unemployment Rate

Keep in mind that the unemployment rate is a lagging indicator. It tells you what has already happened, since employers only lay off workers after business slows down.

Companies resist hiring new workers when a recession is over, until they can be sure that the economy will stay strong. The economy could improve for months, and the recession could be over before the unemployment rate drops. It's not suitable for predicting trends, but it's useful for confirming them.

You can check the unemployment rates since 1929 to put this month's report into perspective,

Unemployment rose to 10.8% in November 1982, dropped to 3.8% in April 2000, then peaked at 10% in October 2009. These two recession-driven spikes resulted in elevated unemployment levels that lasted for years.

How is the unemployment rate calculated?

The U.S. Bureau of Labor Statistics (BLS) calculates unemployment as the percentage of the eligible workforce not currently employed. Eligible workers are those age 16 or older who were available to work full time and actively looked for work in the past four weeks. Temporarily laid-off workers are also counted.

How does a high unemployment rate affect the economy?

Although high unemployment is a lagging indicator that demonstrates other economic problems, it can also cause economic damage of its own. When workers aren't participating in the economy, the gross domestic product will suffer, reducing economic growth. It can also create health problems among unemployed workers, leading to increased healthcare costs down the road. Studies have shown that sustained high unemployment can also cause long-term damage to workers' earning potential and wealth.

What was the lowest unemployment rate in U.S. history? 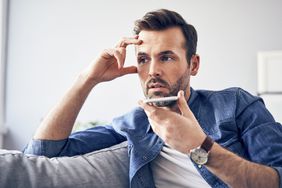 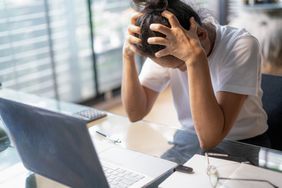 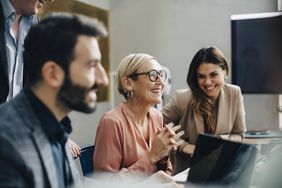