How To Calculate the Debt-to-GDP Ratio

The debt-to-GDP ratio compares a country's sovereign debt to its total economic output for the year. Its output is measured by gross domestic product (GDP).

Definition and Examples of Debt-to-GDP

The debt-to-GDP ratio indicates how strong a country's economy is and the likelihood of paying off its debt. It's used to compare countries or determine whether a country might be headed for economic turmoil. It is also a simple way of comparing a nation's economic output (as measured by gross domestic output) to its debt levels. In other words, this ratio tells analysts how much money the country earns every year and how that compares to the amount it country owes. The debt is expressed as a percentage of GDP.

How Do You Calculate the Debt-to-GDP Ratio?

To get the debt-to-GDP ratio, you divide a nation's debt by its GDP.

You can use several sources to find the information you need to calculate a country's GDP. For example, you can use the U.S. Treasury's Debt to the Penny website, which gives a complete breakdown of how much the government owes.

You can also use the Bureau of Economic Analysis' National Income and Product Accounts to find GDP for recent periods.

How the Debt-to-GDP Ratio Works

If a country were a household, GDP is like its income. Banks will give you a bigger loan if you make more money. In the same way, investors will be happy to take on a country's debt if it has a relatively higher level of economic output. However, once investors begin to worry about repayment, they perceive a higher risk of default, which means they will demand a higher interest rate for their investment. That increases the country's cost of debt. When the cost of debt rises too high, an economy faces a financial crisis.

Limitations of the Debt-to-GDP Ratio

To determine a debt-to-GDP ratio, you've got to know two things: the country's debt level and its economic output. This calculation seems pretty straightforward until you discover that debt can be measured in two ways.

The debt-to-GDP ratio isn't always a good predictor of whether a country will default or not.

Many analysts, like the Central Intelligence Agency, only look at public debt—the total of all government borrowings minus any repayments.

The U.S. debt consists of public debt plus another category. According to the U.S. Department of the Treasury, debt held by the public consists of Treasury notes or U.S. savings bonds owned by individual investors, companies, and foreign governments. Public debt in the U.S. is also owned by pension funds, mutual funds, and local governments.

The Treasury also reports on another category called "Intragovernmental Holdings." The CIA World Factbook does not report on this category because it's debt the federal government owes to itself, not to outside lenders. However, many analysts may still find it helpful in calculating U.S. debt as accurately as possible.

The debt-to-GDP ratio helps economists and governments get a feel for how an economy is doing. However, most people aren't concerned about it—but if you're an international investor you might be. There are a few reasons you might want to understand it or look at it before investing in another country.

Economic Growth Can Slow After a Certain Level

Emerging markets are even more sensitive to debt-to-GDP ratios. Each additional percentage point of debt above 64% will slow growth by 0.02 percentage points each year in these markets.

This reduction in growth keeps an economy from reaching its full output potential, because every time there is a gain in output, that gain is reduced by debt.

You Can Compare Debt Between Countries

Comparing debt-to-GDP between countries isn't as straightforward as comparing an apple to another apple. There are many other factors to consider, but the ratio is still a good indicator of how much debt a country takes on to be productive.

The Greek debt crisis occurred because foreign governments and banks held a lot of Greece's debt. As Greece's banknotes became due, its debt was downgraded by rating agencies like Standard & Poor's, which made interest rates rise. As a result, Greece had to find a way to raise more revenue. It agreed to cut spending and raise taxes to do so. This action further slowed its economy, reducing revenue and its ability to pay down its debt.

In comparison, consider Japan. In 2020, its debt-to-GDP ratio was 257%. However, Japan is in the unique situation of having most of its debt held domestically, and it holds a large number of foreign assets. Both of these factors could mean that it's less at risk of default.

As a country's debt-to-GDP ratio rises, it often signals that a recession is underway. A country's GDP decreases in a recession. It causes taxes (federal revenue) to decline while the government spends more to stimulate its economy. In an ideal scenario, economic stimulus creates spending, spending creates growth, and the recession lifts. More economic activity is generated, which increases taxes and federal revenues, helping to put the debt-to-GDP ratio back in balance.

During the 2020 recession, investors fled to U.S. debt because it is considered an ultra-safe investment.

The best determinant of investors' faith in a government's solvency is the yield on its debt. When yields are low, there is a lot of demand for its debt. It won't have to pay as high a return to attract investors. The United States has been fortunate in that regard, and it can offer bonds with relatively low yields. 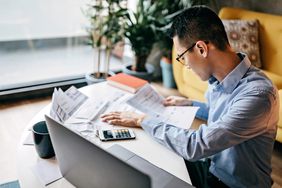 What Is Economic Growth?
US Debt Ceiling and Its Current Status 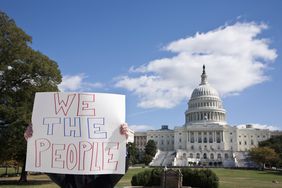 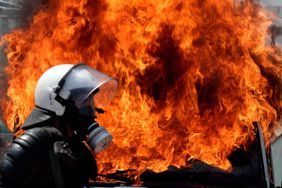 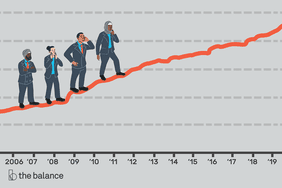