How Low Interest Rates Create More Money for You

Expansionary monetary policy is when a central bank uses its tools to stimulate the economy. That increases the money supply, lowers interest rates, and increases demand. It boosts economic growth. It lowers the value of the currency, thereby decreasing the exchange rate. It is the opposite of contractionary monetary policy.

Expansionary monetary policy deters the contractionary phase of the business cycle. But it is difficult for policymakers to catch this in time. As a result, you typically see expansionary policy used after a recession has started.

The U.S. central bank, the Federal Reserve, is a good example of how expansionary monetary policy works. It usually uses three of its many tools to boost the economy. It rarely uses a fourth tool, changing the reserve requirement.

The Fed's most commonly used tool is open market operations. That's when it buys Treasury notes from its member banks. Where does it get the funds to do so? The Fed simply creates the credit out of thin air. That's what people mean when they say the Fed is printing money.

By replacing the banks' Treasury notes with credit, the Fed gives them more money to lend. To lend out the excess cash, banks reduce lending rates. That makes loans for autos, school, and homes less expensive. They also reduce credit card interest rates. All of this extra credit boosts consumer spending.

When business loans are more affordable, companies can expand to keep up with consumer demand.

They hire more workers, whose incomes rise, allowing them to shop even more. That's usually enough to stimulate demand and drive economic growth to a healthy 2%-3% rate.

The Federal Open Market Committee may also lower the fed funds rate. It's the rate banks charge each other for overnight deposits. The Fed requires banks to keep a certain amount of their deposits in reserve at their local Federal Reserve branch office every night. Those banks that have more than they need will lend the excess to banks that don't have enough, charging the fed funds rate.

When the Fed drops the target rate, it becomes cheaper for banks to maintain their reserves, giving them more money to lend. As a result, banks can lower the interest rates they charge their customers.

The Fed's fourth tool is to lower the reserve requirement. Even though this immediately increases liquidity, it also requires a lot of new policies and procedures for member banks. It's much easier to lower the fed funds rate, and it's just as effective. During the financial crisis, the Fed created many more monetary policy tools.

If the Fed puts too much liquidity into the banking system, it risks triggering inflation. That's when prices rise more than the Fed's 2% inflation target. The Fed sets this target to stimulate healthy demand. When consumers expect prices to increase gradually, they are more likely to buy more now.

The trouble starts when inflation gets higher than 2% to 3%. Consumers start stocking up to avoid higher prices later. That drives demand faster, which triggers businesses to produce more, and hire more workers. The additional income allows people to spend more, stimulating more demand.

Sometimes businesses start raising prices because they know they can't produce enough. Other times, they raise prices because their costs are rising. If inflation spirals out of control, it can create hyperinflation. That's when prices rise 50% or more a month. Hyperinflation is one of the four main types of inflation that are categorized by the speed at which they happen.

To stop inflation, the Fed puts on the brakes by implementing contractionary monetary policy.

The Fed raises interest rates and sells its holdings of Treasuries and other bonds. That reduces the money supply, restricts liquidity and cools economic growth. The Fed's goal is to keep inflation near its 2% target while keeping unemployment low as well.

Tools That Conquered the Great Recession

In 2008, the Fed created an alphabet soup of innovative expansionary monetary policy tools to combat the financial crisis. They were all new ways to pump more credit into the financial system.

The Term Auction Facility allowed banks to sell their subprime mortgage-backed securities to the Fed. In conjunction with the U.S. Department of Treasury, the Fed offered the Term Asset-Backed Securities Loan Facility. It did the same thing for financial institutions holding subprime credit card debt.

The good news is that the Fed reacted quickly and creatively to stave off economic collapse.

The credit markets had frozen up. Without the Fed's decisive response, the day-to-day cash that businesses use to keep running would have gone dry. The bad news is that the public did not understand what the programs did. They became suspicious of the Fed's motives and power. That led to a drive to have the Fed audited, which was partially fulfilled by the Dodd-Frank Wall Street Reform and Consumer Protection Act.

The Fed also created a more powerful form of open-market operations known as quantitative easing. With QE, the Fed added mortgage-backed securities to its purchases. In 2011, the Fed created Operation Twist. When its short-term notes came due, it sold them and used the proceeds to buy long-term Treasury notes. That lowered long-term interest rates, making mortgages more affordable.

Why does expansionary monetary policy cause interest rates to drop?

It's a simple function of supply and demand. As the supply of available funds increases due to the Fed's expansionary policies, more lenders have money to lend. As in other markets, the increase in supply drives prices down, so in this case, it naturally pushes interest rates down.

While the Fed controls monetary policy, fiscal policy involves a different set of tools and is controlled by Congress. Expansionary fiscal policy is also designed to increase monetary supply, but Congress accomplishes this through cutting taxes or increasing government spending. It can take longer to implement changes through Congress, but once enacted, fiscal policies tend to make an impact more quickly than monetary ones. 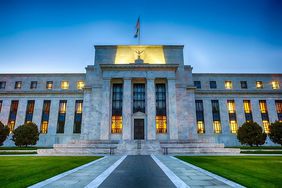 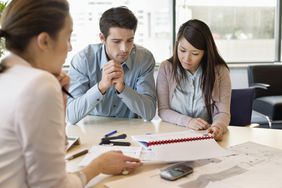 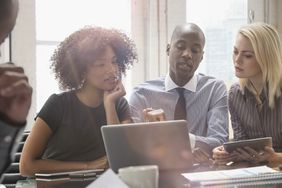 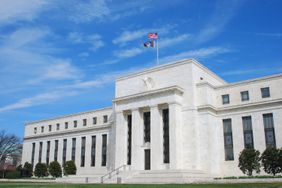