Central banks, such as the U.S.Federal Reserve (Fed), have many tools to manage the health of the economy. Buying asset-backed securities to stimulate economic recovery is one of them. When central banks buy securities from their member banks, that puts money back into the economy. Such asset buying, along with maintaining a low interest rate, is called "quantitative easing (QE)."

But central banks can’t endlessly buy securities and pump money into the economy. When they believe the economy has recovered sufficiently, they work on winding down asset purchases. This process is called "tapering."

How Does Tapering Work?


To understand how tapering works requires a deeper understanding of QE. When central banks keep short-term interest rates low, it encourages individual borrowers and businesses to take out loans. This boosts economic activity. At the same time, asset purchases by the central bank inject money into the economy.

When they have achieved their goal of economic recovery, central banks will gradually “taper” or scale back their asset purchases. Tapering impacts the supply of such securities and can move not just the bond markets in the U.S. but also stock markets around the globe.

Tapering does not involve selling the securities that the central bank purchased; it’s merely winding down the pace at which those securities are bought.

That was followed by Operation Twist, where the Fed bought longer-term assets while selling shorter-term securities. The last leg of large-scale asset purchases lasted from September 2012 until 2014, totaling $790 billion in Treasury securities and $823 billion in agency MBS.

Then Fed Chairman Ben Bernanke mentioned wrapping up the program in testimony before Congress on May 22, 2013, followed by a press conference in June, but gave no clear timeline. While the Fed began slowing its pace of asset buys in January 2014, it wasn’t until October 2014 that the end of the program was announced.

Although tapering after QE may have been inevitable, the uncertainty over its timing and pace sent financial markets in the U.S. and across the globe into disarray. This phenomenon was dubbed as a “taper tantrum.”

In March 2020, restrictions due to the COVID-19 pandemic had major repercussions both for the U.S. economy and the financial markets. To maintain financial stability, the central bank announced a slew of measures on March 23, 2020, including purchasing bonds. From June 2020 until November 2021, the Fed purchased, on average, $80 billion in U.S. Treasuries and $40 billion in mortgage-backed securities every month.

At a speech in August 2021, Fed Chair Jerome Powell said it “could be appropriate to start reducing the pace of asset purchases this year.” Powell stated that the economy has met “substantial further progress” conditions, prompting the Fed to evaluate a taper. In a following press conference, he added that the tapering would likely conclude by the middle of 2022.

“Substantial further progress” indicates progress made toward maximum employment and price stability, and is how the Fed gauges when to begin the taper.

“It seems we’re headed for an eight-month taper, or $15 billion reduction per month,” wrote Moody’s Analytics researchers in a September 23, 2021, note.

Tapering not only means the end of the central banks’ expansionary policies, it also signals the eventual onset of monetary tightening. That, for one, means higher interest rates on mortgages, consumer loans, and business borrowing.

Bernanke’s 2013 taper comments came as a surprise to financial markets. Here’s how they reacted:

Bond markets: In the immediate aftermath, bond investors started selling their bonds, causing prices to drop and yields to rise. Yields on 10-year U.S. Treasuries rose from close 2% in May 2013 to around 3% by December. Theoretically, rising yields can impact stock markets, too, as more attractive yields compete with stocks for investors' money. But that hasn’t always happened.

Stock markets: The U.S. stock markets saw some volatility in the weeks following Bernanke’s testimony before the Congress. The Cboe VIX, often called the "fear gauge," measures expected volatility in the options markets, and it spiked in June 2013. Major stock indexes such as the S&P 500 and Dow Jones also saw sell-offs, but reversed those losses and ended the year up: 10.74% and 7.73%, respectively, relative to Bernanke’s comments in May.

Many economists and experts didn't expect a repeat of the 2013 taper tantrum in 2021. The foremost reason was that markets expected the taper that began in November 2021, so a knee-jerk reaction as seen in 2013 was seen as unlikely.

Fed Chair Powell, a member of the Board of Governors of the Federal Reserve during the earlier taper, said in March 2021 that the central bank would “supply clear communication” well in advance of the actual tapering.

The emerging markets backlash was also expected to be less severe compared to the last time, since economists believed those countries had improved their external balance sheets and were less vulnerable this time around.

How will Fed tapering impact the stock market?

Fed tapering introduces uncertainty to the market, which can't depend on the Fed's steady asset purchases. That uncertainty could be viewed negatively and thus cause put downward pressure on stock prices. However, the Fed would only be expected to taper in response to strong economic conditions, and that means any downward pressure on stock prices would be met with an overall bullish economic environment.

When did the Fed stop tapering?

When the Fed began aggressively buying assets in 2020 to help soften the financial impact of the COVID-19 pandemic, it marked a pause in its tapering of asset purchases. Tapering resumed in November 2021, and the asset-purchase program concluded in March 2022. 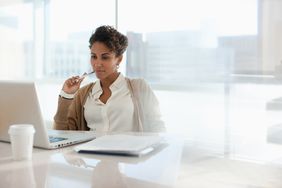 What Is the Taper Tantrum? 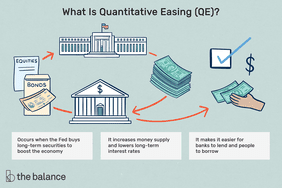 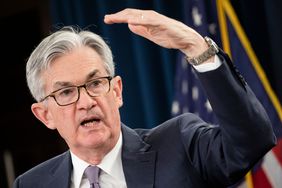 Fed Says It Will Begin To Pull Back Economic Support 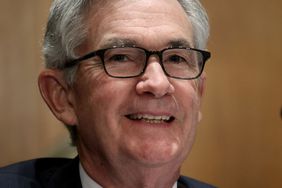 Fed Projects Rate Hike May Come as Soon as 2022 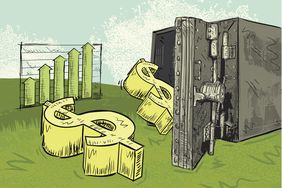 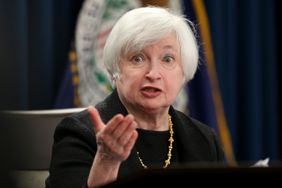