That’s how few CEOs think inflation will calm down over the next few years without the U.S. falling into a recession, according to a new survey.

Those who predict a good outcome for the economy were vastly outnumbered by pessimists in a Conference Board poll released Wednesday. The majority of chief executives, 57%, believe the rampant inflation we’re experiencing will subside over the next few years, but the economy will endure a mild recession. Another 20% see a stagflation scenario, where inflation stays elevated while economic growth slows, and another 11% predict a decline in inflation but a “challenging” recession.

The survey highlights the difficult balancing act the Federal Reserve is facing as it attempts to restrain inflation without wrecking the economy. The Fed’s main anti-inflation tactic—raising its benchmark interest rate—is meant to discourage households and businesses from borrowing and spending, which should put supply and demand more in balance. But Fed Chairman Jerome Powell acknowledged this week that the benchmark rate is a blunt instrument, and using it carries a risk of slowing the economy to the point where unemployment increases and people suffer.

It’s not just CEOs and the Fed who are worrying about how well the economy can withstand those rate hikes. Investors are, too. Stocks tumbled Wednesday, driven by poor corporate earnings reports from retailers and rising skepticism about the Fed’s ability to pull off a recession-free “soft landing,” economists said. The Dow Jones Industrial Average fell 3.57%—its worst day since 2020—bringing it down 14.4% from its peak at the beginning of the year.

The hot pandemic housing market, where mortgage rates have spiked in recent months as a result of the Fed’s interest rate hikes, also is starting to look shaky to some. There are signs that higher borrowing costs, along with fears about the economy’s direction, are slowing down sales, leading some economists to wonder whether a price correction for housing is in the cards. The volume of mortgage purchase applications has dropped off and as of last week was down 15% over the year, the Mortgage Bankers Association said Wednesday.

“Prospective homebuyers have been put off by higher rates and worsening affordability conditions,” Joel Kan, MBA’s associate vice president of economic and industry forecasting, said in a release. “Furthermore, general uncertainty about the near-term economic outlook, as well as recent stock market volatility, may be causing some households to delay their home search.” 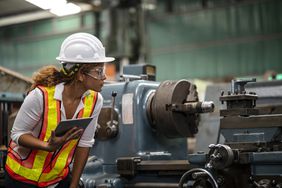 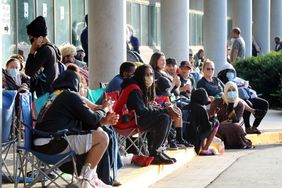