The Federal government received $2.165 trillion in revenue in FY 2010. The budget estimated receipts of $2.6 trillion, but the recession took a bite out of income and subsequent taxes. Income taxes contributed nearly half (45%), Social Security taxes added 34%, corporate taxes were 12%, and the remaining 9% was from excise taxes.

Spending was budgeted at $3.8 trillion. Actual spending was less, at $3.456 trillion. Over half went toward the mandatory budget, such as Social Security, Medicare, and Medicaid. These expenditures have been mandated by law, and require an act of Congress to change. Around 40% of spending, or $1.306 trillion, went toward the discretionary budget, which the President and Congress negotiate each year.

The Mandatory Budget was $2 trillion, or 52.6% of the budget. The largest items were Social Security and Medicare payments to recipients, as follows:

The mandatory budget included an outlay of $45 billion for the Economic Stimulus Act for the first time because the act, also known as ARRA, had been approved by Congress in 2009. It was therefore now a mandated program. The outlay was for the TARP program, which was set up to bail out national and community banks saddled with subprime mortgages. But the largest banks repaid the TARP loans because they didn't like the U.S. government owning their stock. TARP therefore added revenue to the budget of $110 billion. This money was used in later years to fund homeowner mortgage refinancing.

The government spent $151 billion on TARP in FY 2009. An additional $45 billion was budgeted in FY 2010 to bail out mostly community banks who were in danger of failing under too many subprime mortgages. But $110 billion was paid back by the large banks, actually adding revenue. Again, the banks didn't want the government to be part owners. Some of the banks insisted that they didn't need the funds.

Many people are still angry that their tax dollars went toward bailing out banks, but this short-term emergency solution avoided a deeper recession by convincing panicked banks that the government would not let them fail.

How Mandatory Spending Affects the Economy

With over half the entire budget dedicated to mandatory programs, the Federal government was restricted in spending on programs to revive the economy, such as education, business loans, and even infrastructure. In the long run, the high level of mandatory spending means a rigid and unresponsive fiscal policy, because the government's hands are tied unless it continues to increase the U.S. debt. This is a relentless drag on economic growth.

The Discretionary Budget was $1.37 trillion. This was due to a budgeted 13% increase in non-security spending to $695 billion. Spending for nearly all agencies was up across the board. The budget included $24 billion for jobs initiatives. This increase did not include the Economic Stimulus Bill funds, which had been moved to the Mandatory Budget.

The President's request was $533.7 billion for the Department of Defense Base Budget. This was a 3.5% increase over the FY 2009 budget request of $515.4 billion. There was an additional request of $130 billion for the overseas contingency fund. This supported an increase of troops in Afghanistan and a safe wind down in Iraq. It was a 72% increase in the $75.5 billion supplemental requests for FY 2009.

Discretionary spending was just under budget, at $1.306 billion. This information is from the OMB's FY 2012 budget, which shows how much was actually spent in FY 2010.

Actual military spending increased to $851.3 billion if you include the following three categories.

First, there's the base budget for the Department of Defense, which was $527.9 billion. It expanded to pay for retired military personnel and for Veterans Disability Compensation. It allowed for improved care for wounded service members, especially those with mental health needs. The Defense Department promised to review acquisitions and defense technology development to eliminate waste. It also focused on improving the facilities used by service personnel.

Add to that all other defense-related departments, such as Homeland Security, the State Department, and Veterans Affairs. These totaled $160.3 billion. Specifically, they were:

It also included $167.4 billion for Overseas Contingency Operations, which meant increased troops in Afghanistan and a slow wind down of troops in Iraq.  The 9/11 attacks prompted President Bush to convince Congress to add supplemental funds for the War on Terror. This covered operations in Afghanistan, and later the war in Iraq. The Obama Administration stopped using the name War on Terror, but it kept the contingency spending.

Non-military spending was much smaller. Here's a breakdown of the largest agencies:

How Did the Discretionary Budget Affect the Economy?

The stimulus package increased spending on transportation, housing, and human services in FY 2009 and FY 2010. Many of these government programs had originally been created as part of the New Deal to provide a safety net for those who had been demolished by the Great Depression of 1929. The 2010 budget was a return to Depression economics. The increase in spending was designed to restore the economy to a healthy 3.2% growth rate by 2011.

The OMB original budget planned for a record $1.6 trillion deficit, but it actually came in at $1.294 trillion. This was second only to the FY 2009 deficit of $1.4 trillion. 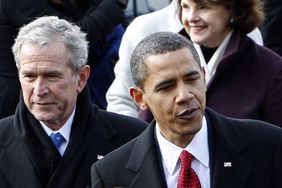 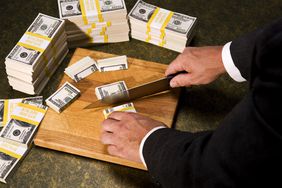 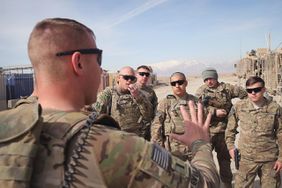 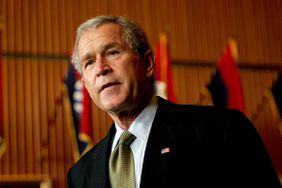 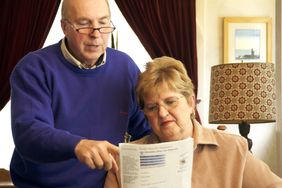