A Goldilocks economy exists when growth is neither too hot nor too cold. Heat can cause inflation, and cold can create a recession.

Definition and Examples of a Goldilocks Economy

The term may have been created by David Shulman, senior economist of the UCLA Anderson Forecast, who wrote an article in 1992 called "The Goldilocks Economy: Keeping the Bears at Bay."

The title "The Goldilocks Economy: Keeping the Bears at Bay" includes a clever pun because the term "bears" describes stock traders who believe the market is declining or entering a bear market.

Shulman described the economy during the Clinton administration when the economy was hot enough to spur profitable business growth, but cool enough to keep the Fed from using contractionary monetary policy to ward off inflation. That means higher interest rates, which stock traders and businesses dislike because of their negative impact on profit margins.

There have been some notable Goldilocks economies in recent history.

How a Goldilocks Economy Works in Politics

The goal for both the Fed's monetary policy and Congress' fiscal policy is to create enough demand to keep the economy humming at a healthy pace, but Congress also has political goals that can interfere with creating a Goldilocks economy.

Congressmen sometimes disagree with how to create this type of economy. Many fiscal conservatives advocate supply-side economics and Reaganomics, which favor lower taxes and fewer regulations. Many liberal politicians believe in Keynesian policies, which advocate for more of a managed market economy, and this involves more frequent government intervention.

The Fed often compensates as a result when political goals interfere with fiscal policy's ability to create a Goldilocks economy. In fact, many analysts believe the Fed has become sophisticated enough to create a healthy economy no matter what fiscal policy does. They focus completely on the Fed as a result.

“It’s as though Goldilocks entered the house of the three bears and found the porridge was being heated in a big microwave oven,” said Seth J. Masters, the chief investment officer of Bernstein Global Wealth Management. “Sure, it’s just the right temperature inside, but there’s a reason for it. It’s hard not to focus on the microwave.”

Former Federal Reserve Chairman Ben Bernanke reassured markets that the United States would continue to benefit from another year of its Goldilocks economy when he testified before the House Budget Committee on Feb. 28, 2007. This was to counter a stock market sell-off triggered by former Federal Reserve Chairman Alan Greenspan’s comment that there was a 50% chance of a recession later that year.

Greenspan also mentioned that the U.S. budget deficit was a significant concern. Fed board member William Poole added that stock prices were not overvalued, as they were before the 2001 recession.

The President's Council of Economic Advisers disagreed in its 2007 Economic Report of the President, warning of the end of the Goldilocks economy that the country had enjoyed since 2004. The report incorrectly assumed that the bank liquidity crisis wouldn't spread beyond banks, mortgages, and real estate. It predicted growth would continue through 2008, with an upturn toward the end of the year.

Advisers thought that the Bush tax cuts would solve the subprime mortgage crisis.

Horizon Investment's chief global strategist Greg Valliere said in 2017 that the economy had entered another Goldilocks period, noting that there was solid economic growth without inflation.

History of Recessions in the United States
What Are the Major Causes of Inflation? 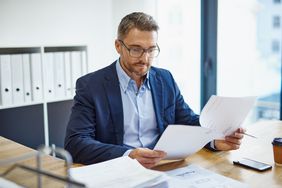