A housing bubble or real estate bubble is a period of unusual growth in demand for housing, accompanied by an above-average rise in home prices. As demand outpaces supply, speculators can inject money into the housing market, driving prices up further. Once supply catches up to demand, the bubble can pop and cause a sharp decline in home prices and home sales.

Definition and Examples of Housing Bubbles

The Bureau of Labor Statistics defines an economic bubble as a period when "trade is in high volumes at prices that are considerably at variance with intrinsic values." When that definition is applied to real estate, a housing bubble is characterized by a sharp uptick in demand for properties, paired with a limited supply and widespread speculation in the housing market.

Housing bubbles tend to occur less frequently than other types of asset bubbles, but they also tend to last longer.

The term "bubble" is not unique to real estate nor is it a new concept. In fact, one of the earliest bubbles occurred in Holland in the 17th century, as trade in the tulip markets exploded, then collapsed, erasing fortunes rapidly.

Housing bubbles have occurred several times in U.S. history, though the most memorable bubble is arguably the one that reached its peak in 2006-2007. In that instance, the bubble was largely driven by the expansion of subprime mortgage lending. In other words, too many borrowers were allowed to take out mortgage loans they couldn't afford.

As more people bought homes that increased demand, which led to more speculation. Meanwhile, the Fed was raising rates between 2004 and 2006 to help curb inflation.

Subprime borrowers who had taken out adjustable-rate mortgages could no longer afford their monthly payments. Delinquencies lead to foreclosures, which lead to declining home prices, all of which caused the housing bubble to burst and the housing market to crash.

The housing market crash had widespread impacts on the economy as a whole, triggering a recession. Some of the worst impacts included:

Following the housing market crash and the resulting financial crisis, there were a number of regulatory steps taken to prevent a repeat of the situation. In 2010, the Dodd-Frank Wall Street Reform and Consumer Protection Act was signed.

The act was designed to address issues in mortgage lending that made it possible for the housing bubble and collapse to occur. The act also resulted in the creation of the CFPB.

The Housing Bubble vs. the Tech Bubble

The housing bubble was characterized largely by a push in subprime lending, which was fueled by speculative trading among hedge funds and other financial institutions. The Great Recession that followed saw net worth for American households shrink, home equity disappear, and unemployment rates skyrocket to 10.6%.

As more people were put out of work, consumers cut back on spending and the economy continued to shrink. It took several government stimulus measures, including the Economic Stimulus Act of 2008 and the American Reinvestment and Recovery Act of 2009, to help get the economy growing again.

Compared to the dotcom bubble, the housing bubble that happened in the mid-2000s was much more severe when measured by its outcomes.

Like the housing bubble, the tech bubble that happened between 1995 and 2000 was driven by speculation. Investors were funneling money into up-and-coming tech companies, pushing valuations into the stratosphere.

The bubble eventually burst as investors realized valuation estimates were way off the mark, causing a flurry of panic selling. But in terms of losses, they were limited to those who had invested in the bubble. Housing bubble losses, on the other hand, were spread out among a wider swath of Americans, including those with higher and lower household incomes. As spending among those with lower incomes slowed down, the economy itself slowed down, leading to a recession.

The 2006-07 housing bubble and subsequent housing market collapse were an exception because speculative trading of mortgage-backed securities was a part of the problem. Those risky trading practices led to a stock market crash in September of 2008.

That aside, it's important to understand how a housing bubble could affect your portfolio both in the short and long term. If you're a day trader, for instance, the impacts could be minimal if the causes of a housing bubble are not directly related to the stock market and the fallout doesn't spur a larger recession. But if you're concerned about a bubble preceding a recession, you may consider adding defensive stocks to your portfolio to help manage risk.

For long-term investors, a housing bubble can be a reminder to review your current buy and hold strategy. If you own rental property, for instance, consider how a bubble may affect your ability to maintain tenants and collect rents. You may also think about selling if you feel a bubble brewing, but consider the bigger picture. If you can still afford to make the mortgage payments on the rental and your primary home, then you may be better off waiting for the home's value and rent prices to eventually rebound.

That also applies to non-property investments you own. For example, if you primarily invest in mutual funds or exchange-traded funds, you may want to review each fund's underlying holdings to see how they may be affected in the event of a housing bubble. Rebalancing your portfolio can help with minimizing risk while also keeping you aligned with your investment goals.

Consider talking to your financial advisor about the best ways to hedge against the impacts of a housing bubble or equity bubble collapse. 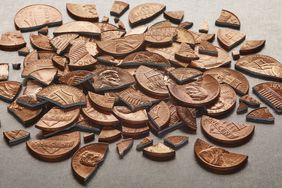 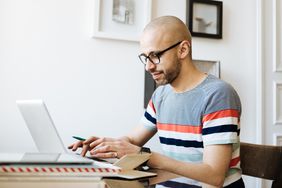 What Is a Black Swan? 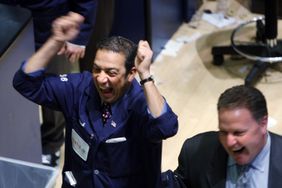 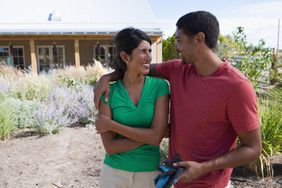 Real Estate's Impact on the US Economy 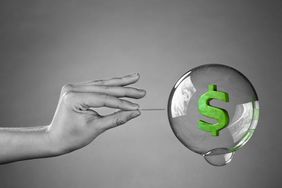 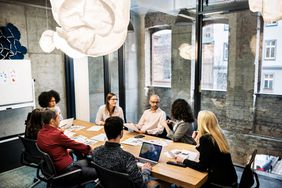 What Was the Dotcom Bubble?