Reviewed by Charles Potters
Charles is a nationally recognized capital markets specialist and educator with over 30 years of experience developing in-depth training programs for burgeoning financial professionals. Charles has taught at a number of institutions including Goldman Sachs, Morgan Stanley, Societe Generale, and many more.
learn about our financial review board
Fact checked by
Julian Binder

The People's Bank of China

On Aug. 11, 2015, the PBOC modified this peg. The change uses a "reference rate" that is equal to the previous day's yuan closing value. The PBOC wanted the yuan to be more driven by market forces, even if it meant greater market volatility.﻿﻿ The International Monetary Fund (IMF) added the renminbi to its Special Drawing Rights basket, a supplement of official reserve currency for different countries.﻿﻿

Why China Fixes the Yuan's Value to the Dollar

China manages its currency to control the prices of its exports. It wants to make sure its exports cost less than other products when sold in the United States. Every country would like to do this, but few have China's ability to manage it so well.

How China Manages Its Currency

China's currency power comes from its many exports to America. The top categories are electrical machinery, machinery, and furniture and bedding.﻿﻿ Also, many American companies send raw materials to Chinese factories for low-cost assembly. The finished goods are considered imports when the factories ship them back to the United States. That's how the U.S. trade deficit with China is profitable to American companies.

For export transactions to United States companies/consumers, Chinese firms typically receive dollars as payment for their exports. These firms then deposit the dollars into local banks, in exchange for yuan, which can be used to pay their domestic workers and vendors. The local banks then send the dollars to China's central bank, the People's Bank of China (PBOC).

It is important to note that the PBOC does not sit on cash reserves. It uses the dollars it accumulates to buy U.S. Treasuries, which are safe-haven assets that provide some incremental return over cash

The Changing Value of the Yuan

Market forces and China's currency management efforts can lead to notable fluctuations in the value of the yuan. For example, China's 2015 modification to its exchange rate allowed the yuan's value to fall from just over 6.1 yuan per dollar at the beginning of 2015 to just under 6.4 yuan per dollar in September of that year. To restore the yuan's value, the PBOC used its dollar reserves to buy yuan from Chinese banks.﻿﻿

By taking the yuan out of circulation, the Bank raised the currency's value. At the same time, it lowered the dollar's value by putting more dollars into circulation.

In January 2016, China further relaxed its control of the yuan. The uncertainty over the yuan's future contributed to the Dow falling by almost 1,500 points. The S&P 500 fell about 2.3%.

By 2017, the yuan had fallen to its lowest point since 2008. But China wasn't in a currency war with the United States. Instead, it was trying to compensate for the rising dollar. Between 2014 and 2015, the dollar rose 11.8%. Because it was pegged to the dollar, the yuan followed it.﻿﻿﻿﻿ China's exports became more expensive than those from countries not tied to the dollar. It had to lower its exchange rate to remain competitive.

China's economy impacts the dollar's value in other ways. China's slowing economy is one reason why the dollar gained strength in 2014 and 2015. Another reason is the crash in China's stock market. Stock prices fell about 30% after hitting record highs on June 12, 2015. Companies listed on the Shanghai and Shenzhen stock exchanges asked to suspend trading.﻿﻿ This was almost a quarter of all firms.

China's leaders must slow economic growth to avoid inflation and future collapse. They've pumped too much liquidity into state-run companies and banks. In turn, they've invested those funds into ventures that aren't profitable. That's why China's economy must reform or collapse.

But China must be careful as it slows growth. China's leaders could create panic as some of these unprofitable businesses shut down. China's economy has a large amount of corporate debt. Many of these loans are above the lending limits set by the central government. They aren't on the books and aren't regulated. They could all default if interest rates rise too fast or if growth is too slow. China's central bank must walk a fine line to avoid a financial crisis.

China's mega-rich want to escape this threat. They are investing in U.S. dollars and Treasurys as a safe haven investment. China's leaders must be careful in devaluing the yuan to prevent more capital flight. At the same time, it can’t keep the yuan's value too high either. This will slow the economy too much and trigger capital flight just the same.

There is another reason China needs to be careful with slowing growth. Emerging market countries rely on exports to China to fuel their growth. As China's growth slows, it will hurt some of these trade partners more than others. As these countries’ exports slow, so will their growth. Foreign direct investment will drop as opportunities dry up. Slowing growth weakens these countries’ currencies. Forex traders may take advantage of this trend to drive currency values down more, further strengthening the dollar.

Why is Chinese currency manipulation bad for the U.S.?

When a nation's currency loses relative value, its exports become cheaper to other countries, and it typically sells more products. If China artificially reduces the value of its currency, it gives itself an unfair advantage in global trade. The Trump administration felt that these sorts of economic distortions contributed to the U.S. trade deficit with China.

What is Chinese currency called?

Chinese currency is called "renminbi," but the most common way to refer to the value of a Chinese transaction is in "yuan." The two terms are sometimes used interchangeably, but renminbi technically refers to China's currency, while yuan is a specific measurement of Chinese currency. Jiao (10% of a single yuan) and fen (10% of a single jiao) are smaller measurements of renminbi. 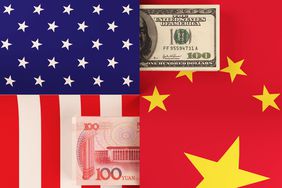 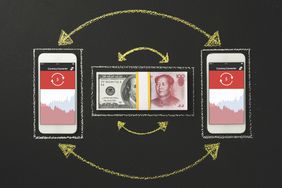 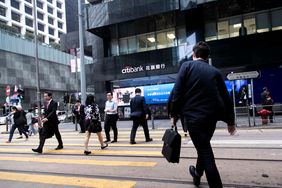 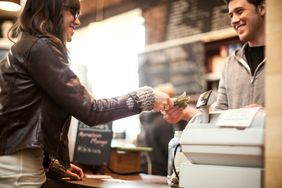 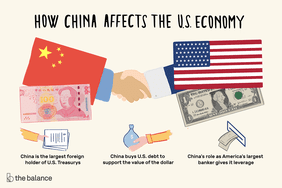