The homebuying process can often be an emotionally draining experience. For those who identify as LGBTQ+, this emotional tension can be heightened even more so, often due to housing discrimination that makes it challenging to find safe and welcoming neighborhoods.

According to a 2021 survey conducted by Realtor.com and the LGBTQ+ Real Estate Alliance, 17% of LGBTQ+ respondents said they had been discriminated against. Of those who identify as transgender, 44% of people looking for a place to live said they have experienced discrimination.

The homeownership rate for those who identify as LGBTQ+ is 49% compared to the national average of 65%, according to data from Freddie Mac and the U.S. Census Bureau. In addition to considering affordability when searching for a home, prospective homebuyers within the LGBTQ+ community need to be aware of potential discrimination, safety, and access concerns.

“It’s a shame because homeownership is one of the greatest forms of wealth building, and discrimination prevents the community from having it,” Anita Blue, realtor, credit strategist, and vice president of the LGBTQ+ Real Estate Alliance, said.

With the right team in place, knowledge of current laws that offer protection, and an understanding of your personal definition of what it means to be safe, it is possible to find a welcoming place to call home.

Homophobic neighbors weren’t as much a statistic, but a reality for Kenny Screven, a social media beauty influencer and LGBTQ+ advocate, who rented a house for two years with his boyfriend in Pennsylvania.

“Most of the town had very conservative stances when it came to homosexuality,” Screven said. “Townees would frequently force their agendas onto us by putting signs in our yard with a blood-like substance on it.” This made it clear to him that interracial gay couples were not welcome.

So when it was time to begin the homebuying process in March 2021, the fear of discrimination and hate crimes intensified for Screven and his partner. As a result, they avoided townhouses so as to not risk living too close to anyone who would jeopardize their safety, and were cautious of surrounding areas while on home tours.

“I wear makeup sometimes, and I never want to feel uncomfortable leaving my house,” Screven said. “Your home is supposed to be your safe space.” The competitive market coupled with an emotionally draining process nudged them to take a break from the search before resuming in February 2022, and finally finding a welcoming home in May 2022.

LGBTQ+ homebuyers often experience discrimination long before they first turn the key, starting with getting approved for a mortgage. Research from an Iowa State study found that same-sex couples were 73% more likely to be denied a home loan compared to heterosexual couples. And if they were approved, they were more likely to pay higher interest.

How the Fair Housing Act Protects You

On a national level, there are laws in place that protect LGBTQ+ homebuyers from discrimination, such as the Fair Housing Act. While the Fair Housing Act did not originally include protections based on sexual orientation and gender identity, an executive order issued by President Joe Biden in 2021 extended protections to the LGBTQ+ community.

If you believe you have been discriminated against based on your gender identity, consider filing a complaint under the Fair Housing Act. When doing so, be as detailed and specific about the situation as possible, and be mindful of the amount of time that has gone by since the incident occurred. You must file a complaint within one year of the last date of the alleged discrimination, according to the Fair Housing Act.

How to Find an LGBTQ+ Real Estate Agent or Ally

Fear of discrimination and not finding the right neighborhood were listed among the top barriers for LGBTQ+ homeownership, according to a 2022 survey by the LBGTQ+ Real Estate Alliance and Freddie Mac. When looking for housing, surrounding yourself with a team who has your best interests in mind and with whom you can feel comfortable—such as finding a real estate agent who identifies as LGBTQ+ or is an ally—can be essential for a safe homebuying process.

There are several organizations and groups in the U.S. that can connect you with an LGBTQ+-friendly real estate agent. The LGBTQ+ Real Estate Alliance, for example, educates those in the real estate industry on inclusive best practices, such as using the correct language and pronouns, and also connects real estate agents with prospective homebuyers through its directory.

According to Octavious Smiley-Humphries, vice president of the Greater Triangle chapter of the National Association of Gay and Lesbian Real Estate Professionals, and owner of The Smiley Group, many prospective homebuyers within the community feel at ease working with an agent who is LGBTQ+. This way, according to Smiley-Humphries, homebuyers feel the chances of harassment or discrimination during the house-hunting process are reduced.

When starting your home search, consider asking the realtor association which of their realtors have taken the National Association of Realtors’ (NAR) Bias Override course, which teaches realtors how to overcome and identify implicit bias that can result in violation of Fair Housing laws.

When vetting professionals, you can take it a step further and check out the social media pages of the realtors and agencies, suggested Blue. “Good or bad, you can find out a lot of information about someone and their values just by doing a simple Google search or pulling up their Facebook,” Blue said.

“Put the same effort and research into finding a realtor that fits your need as you would finding a doctor, because how many houses they’ve sold [doesn’t] tell you about who they are as a realtor,” said Smiley-Humphries. “You’re essentially entrusting a realtor with your life because it really does affect your livelihood.”

Real estate firms are increasingly integrating LGBTQ+ diversity, equity, and inclusion into their company culture and value systems. For example, there is an NAR member code of ethics prohibiting discrimination against LGBTQ+ individuals.

However, LGBTQ+-friendly and LGBTQ+-safe are not always the same, according to Smiley-Humphries.

Even states with large LGBTQ+ populations experience hate crimes and discrimination, and they may even be more prone to it, according to data from security company SafeHome. The data found that states with higher populations of LGBTQ+ residents also had higher than average rates of hate crimes against the community.

Searching for states that have laws against hate crimes and that enforce reporting them can be helpful in determining where to live. One way you can locate welcoming establishments is via The Welcoming Project, which encourages businesses to display “All Are Welcome” signs, and has a directory of businesses and organizations in communities in the U.S. (and around the world) that are open and accepting of those who identify as LGBTQ+.

Based on their laws and efforts to protect the community, California, Vermont, and Maryland have been ranked among the safest states for LGBTQ+ homebuyers, according to SafeHome’s 2021 LGBTQ+ State Safety Rankings. Meanwhile, Kansas, South Dakota, and North Dakota had the poorest rankings for safety.

It’s important to note that even in states with few laws protecting LGBTQ+ individuals, you may still be able to find welcoming and safe communities to call home. According to Smiley-Humphries, it can take time for the hearts and minds of people to catch up with the law.

In addition to researching the affordability and safety of various states in the U.S., understanding neighborhood culture is imperative to the LGBTQ+ homebuying process.

Social media can be a useful tool in helping you get a better idea of how safe and welcoming a neighborhood is. Blue suggested checking the prospective town’s Facebook group. Paying attention to the hot-button topics, how the neighbors address one another, and the concerns within the community can tell you a lot about the overall feel and culture of the neighborhood, according to Blue.

Making a post on the town's Facebook page and simply asking how welcoming the community is toward LGBTQ+ families is helpful, too. “Aside from comments, even paying attention to the amount of likes, hearts, and laugh replies can be telling,” Smiley-Humphries said.

For those who have children, the safety of the school is equally important. If a school has an alliance or safe place for LGBTQ+ students, it’s a good sign that children of LGBTQ+ parents are less likely to be stigmatized, according to Smiley-Humphries.

As a parent, attending school board meetings, asking friends and teachers about the curriculum and the school’s stance on lessons regarding gender fluidity, Pride Month, and more, can give insight into whether or not your family will feel welcomed or even acknowledged. GreatSchools.org can be a useful resource for comments and ratings about the school’s ideals, environment, and population.

Finally, experts note that inquiring about the neighborhood Homeowner Association (HOA) is recommended in any homebuying situation. Some questions to ask the HOA include:

As you go on your homebuying journey, there are many resources that may be useful to you. Below are additional resources to help you find a neighborhood that is safe and welcoming toward the LGBTQ+ community. 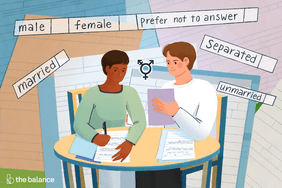 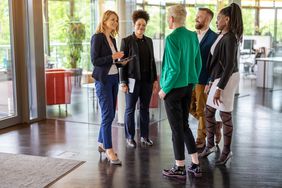 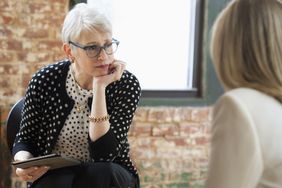 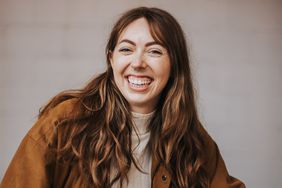 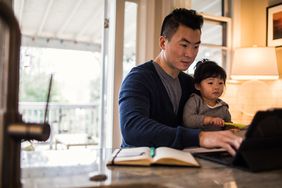 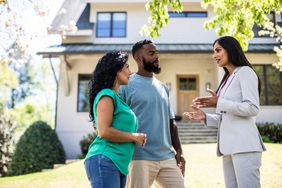 How to Spot Real Estate Discrimination 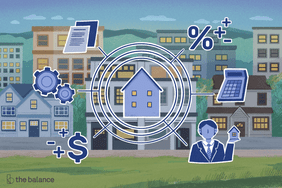 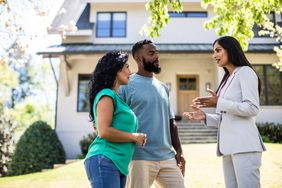 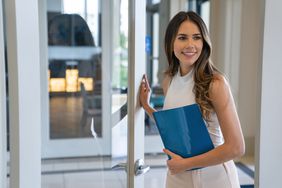 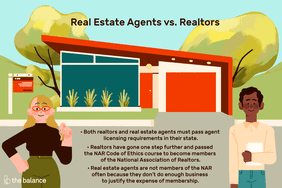 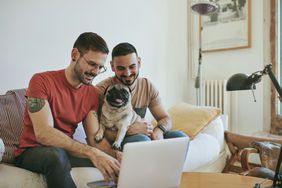 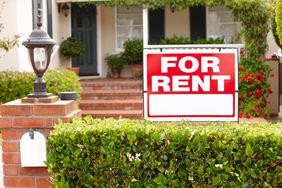