How Long Is Maternity Leave?

Maternity Leave Is a Time for Bonding With Baby

Rebecca Lake
Rebecca Lake has over a decade of experience researching and writing hundreds of articles on retirement, investing, budgeting, banking, loans, and more. She has been published by well-known finance brands including SoFi, Forbes, Chime, CreditCards.com, Investopedia, SmartAsset, Nerdwallet, Credit Sesame, LendingTree, and more.
learn about our editorial policies
In This Article
View All
In This Article

When planning for a new baby, one thing you may be curious about is how much time you'll have for maternity leave. The Family and Medical Leave Act (FMLA) allows workers to take up to 12 workweeks in a 12-month period for parental leave to care for a newborn. Your job is protected in the meantime, although your employer isn't required to pay you for maternity leave. In fact, the U.S. is one of only a few industrialized countries that don't mandate paid maternity leave for new parents.

But how do maternity leave policies in the U.S. compare to the average maternity leave in other countries? If you'll soon be taking time away from work to take care of a new bundle of joy, here's what you need to know.

Maternity Leave in the US

The length of maternity leave in the U.S. varies widely depending on your employer, your status of employment, where you live, and whether the leave is paid and for how much.

Paid leave is available for up to eight weeks, with some participating states planning to extend this up to 12 weeks.

How Much Does Maternity Leave Pay?

In terms of how much pay new moms receive on maternity leave, the average weekly pay for state-paid leave programs ranged from $170 to $1,540.

Maternity Leave Around the World

The International Labor Organization (ILO) specifies guidelines for maternity leave standards, which are currently observed by 119 countries. The guidelines call for a minimum 12-week maternity leave, with at least 14 weeks recommended. And the standard established by the ILO also specifies that women should be paid at least two-thirds of their earnings while on leave, while receiving full health insurance benefits.

Countries that adhere to the ILO standards require women to give their employers advance notice for taking paid maternity leave.

In some countries, being eligible for paid leave can depend on the number of children a woman already has, how frequently she gives birth, how long she's been with the employer and/or her working hours.

For example, in Nepal, a woman may only take two maternity leaves in her career, while women in the Bahamas and Tanzania must have a three-year gap between leave periods.

Why Is Maternity Leave in the US Different?

There are a number of reasons that could explain why the U.S. takes a different view of maternity leave compared to other countries.

One possibility may be that women are less likely to be the sole income earners for their families in the U.S. compared to other nations. In Europe, for example, 59% of women provide half or more of their family's income, versus 55% in the U.S.

Another explanation could be lower levels of government oversight in how companies set their policies regarding maternity leave. While companies must allow for the 12 unpaid weeks of leave required by FMLA, there's no federal law that says they also have to pay their employees on maternity leave.

And while Americans largely support paid leave, they're not always willing to sacrifice their own financial well-being to make it a federal law. In a 2018 Cato survey, 74% of Americans are in favor of a federal paid policy for new mothers. But more than half of Americans said they'd oppose it if funding such a policy using tax dollars would increase their income tax liability by $450 or more.

Regardless of whether you take the average maternity leave of 10 weeks, or go shorter or longer with your leave plans, you need to consider the financial impact if you won't be collecting a paycheck during that time.

Specifically, review your budget to determine whether you'll need to reduce spending temporarily. Check your emergency fund savings cushion to make sure you have money in reserves for unexpected costs. And finally, check to see if your employer offers short-term disability insurance that includes maternity coverage. That could help to supplement your household income until you return to work.

How long is maternity leave by law?

FMLA provides for 12 weeks of unpaid leave, but it only applies to full-time employees who have been with a company for more than a year. Even then, FMLA does not guarantee paid leave—it only protects your job for up to 12 weeks. In the U.S., your employer is not required to provide any pay, although some do provide paid leave.

How long is maternity leave in California? 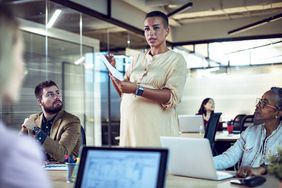 How To Negotiate Maternity Leave With Your Boss 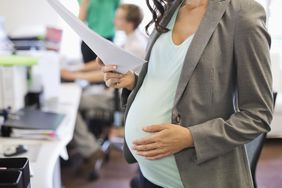 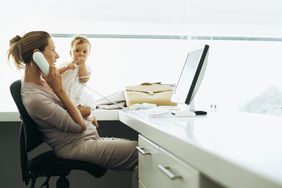 7 Tips for Going Back To Work After a Baby 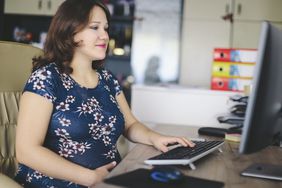 A Guide To Writing a Parental Leave Letter 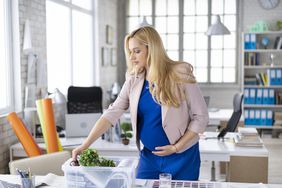 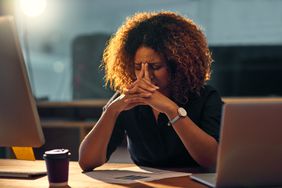 How To File for a Stress Leave at Work 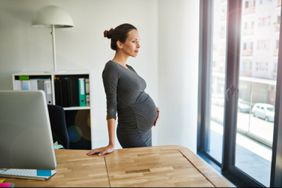 How Long Should Your Maternity Leave Be? 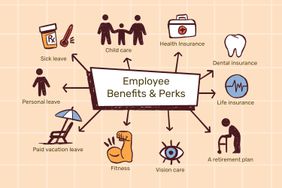 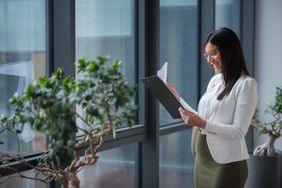 How to Job Search While You're Pregnant 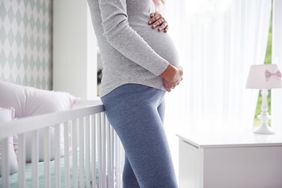 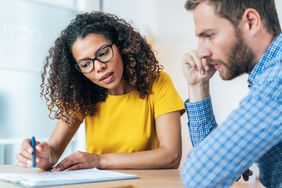 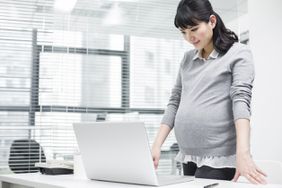 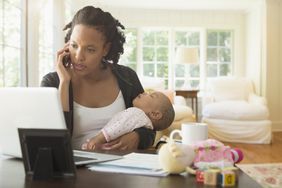