How to File a Part-Year Resident State Tax Return

Did you move to a new state during the tax year?

Moving to a new state comes with a lot of hassles, including packing and unpacking, establishing utility hookups, and filing two state tax returns. You'll have to file a part-year tax return in both your old state and your new state if you relocate during the tax year.

Which Form Should You Use?

Many states have dedicated forms for taxpayers who were residents for only part of the year, but some use the same forms as full-year residents with special calculations.

The same form is used for both part-year residents and nonresidents in some states.

If you worked in a state but never lived there, you would typically file a nonresident return.

Part-year tax returns are usually prepared based on your total income from all states, and then your tax liability is prorated based on how much income you made in each location.

This is easy to figure out if you moved to a new state to begin a job there. You'll receive a W-2 form from each employer, and each will tell you how much you were paid for that particular job. But it can get more complicated if you moved while you were still working for the same company because, in this case, you would only receive one W-2.

The W-2 will show the total amount that your company paid you, so you'll have to split the income between the states on your own. You can do this in two ways.

Option 1: Allocate Based on How Long You Lived in Each State

You can allocate your income to each state based on the number of weeks or months you lived there if your income is relatively the same every month. For example, you might have worked 11 months of the year, taking one month off between jobs. You moved to your new state and started working there in early June. This means you would have spent about seven of 11 months working in your new state.

Option 2: Use Payroll Information from Your Employer

Using a pay stub to allot your income is usually more accurate, especially if your income fluctuates from pay period to pay period during the year. Try to get pay stubs, timesheets, or other records from your employer to help you estimate the actual income you earned in the first state you worked in.

If you're using the pay stub method to divide income between states, be sure it's from a pay period that ended right around the time of your move. This should tell you almost exactly how much you earned from that job.

Earned income derives from wages, salaries, and tips, while unearned income comes from non-employment sources. Some examples of unearned income include interest, dividends, some Social Security benefits, and capital gains.

Unearned income is generally allocated to the state where you were living at the time you received it. For example, the income would be attributed to your new state if you sold stock at a gain just after you moved there.

You'll have to allocate your unearned income based upon the fraction of the year you lived in that state if it can't be clearly attributed to one state. Nine out of 12 months would be 9/12, for example.

If You Have Both Unearned and Earned Income

Many state tax returns will use the percentage of your income attributed to that state to prorate your tax liability after you've determined how much you earned in each location.

This percentage is equal to the amount of income you made in the state, divided by your federal adjusted gross income, which would be your total income in all states. It represents the percentage of your income that was made in that particular state. It's then multiplied by the total tax amount for that state, which is based on your total income for the entire year.

When dividing tax liability between states by using the method of prorating the income you made in each state, your state of residency is not relevant.

The amount of time you lived in the state doesn't matter in this case. As an example, Jane moved from Idaho to Virginia to start a new job during the tax year. Her total taxable income for the year was $100,000. She made $80,000 in Idaho and the remaining $20,000 in Virginia.

The same process would be repeated on her Virginia return, using 20% ($20,000 Virginia income divided by $100,000 total income) to prorate the Virginia tax liability.

Some states use this same percentage to prorate deductions, which are then subtracted from the income allocated to that state. The state tax amount is based upon the taxable income figure that results.

The $12,000 prorated Idaho deduction amount would be subtracted from her Idaho income of $80,000 to find Jane's taxable Idaho income using this method. She would have an Idaho taxable income of $68,000. Her Idaho state tax would be based upon that amount.

What About Income Before You Moved?

Jane would also include the income in her Virginia total if she had earned income in Virginia before she physically moved there. Most states require that part-year residents pay taxes on income they made while they were residents, as well as income received from sources within that state.

You'll use the actual amount of tax withheld from your paycheck for each state—and any estimated payments that you might have made to each state—to make calculations for these amounts. No adjustment is made to payments and tax credits.

Tax credits in each state can be subject to special calculations, so read the instructions carefully. And don't neglect to take advantage of the credit for taxes paid to another jurisdiction. States must offer this credit to part-year residents after the U.S. Supreme Court ruled on May 18, 2015, that two states can't tax the same income.

How long do you have to live in a state to be required to file taxes?

Can you be a resident of two states?

It's technically possible to be a resident of two states, but it's relatively rare. This would typically only happen if you have your domicile (permanent residence) in one state but lived in another one for 184 days for work or other purposes. Check how each state defines a full-year resident, and keep in mind that there are exceptions for those serving in the military, college students, and those receiving medical treatment. If you're uncertain of how to proceed, consult a tax professional. 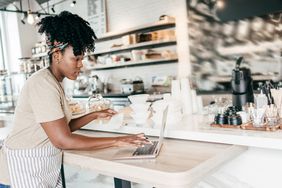 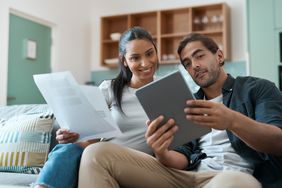 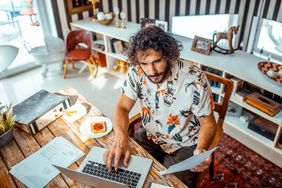 How to File a Business Tax Extension 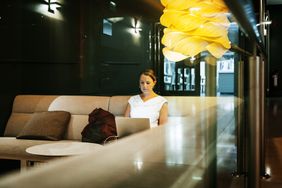 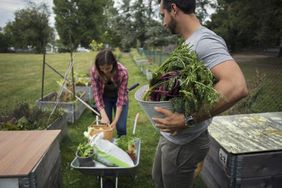 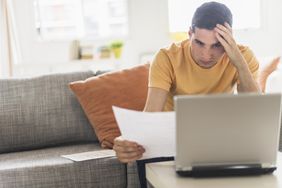 Avoid These Common Mistakes on Your California Tax Return 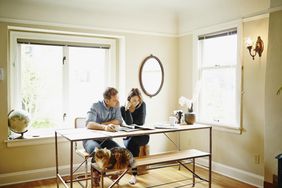 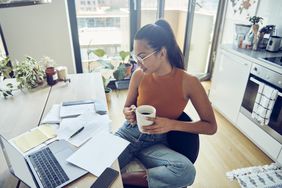 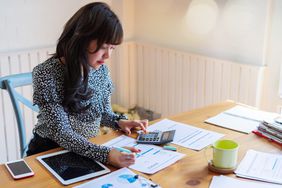