That’s the U.S. unemployment rate to keep watch for in the next three months—if it ticks up to that, an economic recession is probably imminent, according to one indicator that’s proved reliable in the past.

These days, whether you’re a consumer, investor, borrower, employer or politician, it seems just about everything comes back to the same basic question: If and when a recession is coming.

One of the ways to read the tea leaves is the unemployment rate, according to economists at Moody’s Analytics. Nearly every time the unemployment rate has risen 0.4 percentage point in a three-month period during the last 50 years, a recession has followed almost immediately, they said. That means that right now, since the latest unemployment rate is 3.6% for April, we want to avoid reaching 4% unemployment by July. If we can’t, it probably means “businesses have decided to run for the bunker and cut production and jobs,” the economists wrote in recent commentaries.

Recession fears are so pronounced because the Federal Reserve is purposely trying to slow economic growth in order to tame inflation that’s hovering near 40-year highs. By raising its benchmark interest rate, the Fed will discourage borrowing and spending, and in turn—so the theory goes—rising prices. But few corporate leaders think that’s achievable without also causing an economic downturn.

Even Fed Chair Jerome Powell has acknowledged that the job market won’t stay as good as it is now. While there are more openings than people to fill them (in stark contrast to the millions of jobs lost at the onset of the pandemic), the central bank’s efforts will lead to some collateral damage.

“There are pathways for us to be able to moderate demand, get demand and supply back in alignment and get inflation back down while also having a strong labor market,” Powell said this week at an event hosted by the Wall Street Journal. ”It doesn’t mean that the unemployment rate needs to remain 3.6%, which is a very, very low rate—historically low.” 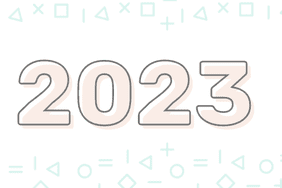 Brace Yourselves for 2023, Economic Forecasters Say