The Phillips Curve is a graph that shows the relationship between inflation and unemployment. It shows that when inflation is high, unemployment is low, and vice-versa. It is used to develop economic forecasts and set monetary policies.

Definition and Example of the Phillips Curve

The graph was developed by A.W. Phillips, an economist who looked at UK unemployment and wage data collected from 1861 to 1957 and noticed the inverse relationship between the two factors. It has since been widely adopted as a framework for economic research and for central-bank policies.

In October 2008, at the start of the financial crisis, unemployment in the United States was 6.5%, and inflation as measured by the Consumer Price Index was 3.73%. A year later, in October 2009, unemployment had increased to 10% while the inflation rate was actually negative at -0.22%. This is what would be expected under the Phillips Curve.

While the original Phillips Curve looked at changes in wage rates, most economists use consumer prices as their measure of inflation.

How the Phillips Curve Works

The theory behind the Phillips Curve is that wages go up when businesses need to attract workers. The higher wages attract more workers, reducing unemployment, but some of the workers are less productive because employers cannot afford to be choosy. All of these workers then have more money, so they go out and spend it. Their increased demand drives up prices. The result is higher inflation and lower unemployment.

The opposite plays out when inflation is low. It is harder for workers to find jobs. Having fewer workers leads to less demand, so prices stay low but with low demand, and employers don’t want to raise salaries or bring on more workers. The result is lower inflation and higher unemployment.

Economists looking to manage the tradeoff target a number known as the Non-Accelerating Inflation Rate of Unemployment, or NAIRU. NAIRU is the level of unemployment in an economy that does not cause the inflation rate to increase.

The Phillips Curve is a simple way to look at the tradeoff between inflation and unemployment so that economists and policymakers can look for ways to manage the economy. It’s not perfect and it does not show cause and effect. Nevertheless, the Phillips Curve is a good place to start the analysis that it remains popular years after it was developed.

Criticism of the Phillips Curve

The second criticism is that the Phillips Curve ignores the role of the money supply in creating inflation. Under the quantity theory of money, price levels are influenced by the amount of money circulating in the economy. This has little to do with employment levels. 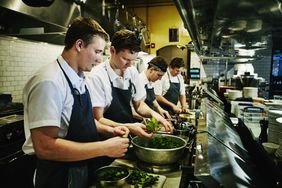 What Is an Inflationary Gap?

The U.S. Treasury Yield Spread
What Are the Major Causes of Inflation? 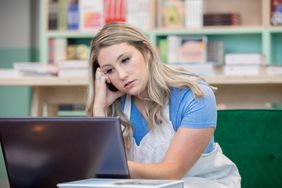