A few months ago, the fear of a U.S. recession seemed pretty far-fetched. Then inflation got even higher and Vladimir Putin ordered Russian troops into Ukraine, triggering talk of some pretty severe increases in benchmark interest rates, as well as sanctions and supply shortages that threaten to upend the global economy.

Now the word recession is being thrown around a lot, with some economists putting the odds in the 20% to 35% range within the next year or by the end of 2023.

So what exactly is a recession? And what do government officials, pundits and economists mean when they talk about a soft landing and the inverted yield curve? Here’s a guide for translating the jargon.

A recession is when activity declines significantly across broad parts of the economy for more than a few months, according to a widely used definition by the National Bureau of Economic Research (NBER), the nonprofit research organization that officially calls the shots on recessions.

In a recession, unemployment goes up, wages go down, and credit becomes harder to come by, damaging people’s lives both in the short and long terms. We had a brief recession when COVID-19 hit in the spring of 2020. Before that, there was the Great Recession from December 2007 through June 2009. It was the worst economic disaster since World War II, according to the government—sparked by a housing market collapse that decimated the financial system.

You may have read that a recession is when real GDP (see definition below) shrinks two quarters in a row. Not necessarily. While recessions are often accompanied by that two-quarter downturn, the recession gurus at the NBER say that doesn’t always apply. Not only do they look at more than just GDP (for example, employment and industrial production statistics) when putting the “recession” label on an economic slowdown, but they look at the depth of the decline.

So why is there an increased risk of recession now? Because the Federal Reserve has started to deliberately do things to slow down economic growth. It’s part of trying to bring inflation under control, and some people worry that too much of that too fast could actually lead to a decline in economic activity. (The Fed’s main tool is raising its benchmark interest rate to discourage borrowing, and in turn, spending.)

The war in Ukraine has made the Fed’s dilemma worse because sanctions against Russian exports have triggered a spike in oil, and in turn, gasoline prices, and threaten to disrupt the European economy and international trade with the U.S.

There’s been a lot of talk lately among experts and pundits about the inverted yield curve flashing warning signs that a recession could be ahead. Here’s the jargon broken down piece by piece.

First, the “yield” part. In this case, the yield refers to yields on government debt, or Treasuries, meaning the expected return for investors factoring in the interest rate and how much they bought the bond for. Typically, the longer the term of the Treasury (how long the investor gets paid interest before their principal is returned,) the higher the yield. That’s because investors usually need to be compensated for the risk they’re taking by lending out their money for longer. In other words, it’s just plain harder to predict what the economy will be like 10 years out than two years out.

The “curve” part refers to the visual difference in yields for Treasuries with different terms or maturities. A normal yield curve is when the longer-term yields are higher than the shorter-term yields because of the higher perceived risks we just mentioned. But when the curve becomes “inverted,” yields on longer-term Treasuries are lower than shorter ones, so instead of consistently sloping up with longer maturities, the curve is visibly sloping down like this:

Yield curves can compare any number of maturities, but the difference between the 10-year Treasury and the 2-year Treasury is frequently looked at. One way to identify abnormalities in the yield curve is to track the difference between two maturities over time, or the “yield spread.” When this is less than zero, the curve is inverted. And in recent decades, every time the yield curve between the 10-year and the 2-year Treasury has gone below zero—as it did for two days in early April—a recession (shown by shading the date range) has followed.

But why is there such a correlation with recessions? Besides the basic fact that inverted yield curves have historically preceded recessions, there are varying opinions as to the dynamics behind that correlation. One explanation is that investors see more risk to the economy in the immediate future than over the long run. Another is that when investors expect the economy to deteriorate, they flock to the 10-year Treasury as a safe haven, driving prices up and yields down.

There are skeptics, though. Economists at Morgan Stanley, for instance, said the recent inverted curve has more to do with the unusual circumstances triggered by the pandemic than the health of the economy.

“When we look at factors in the economy that are typically signals of a recession, such as job growth, retail sales, real disposable income and industrial production, we don’t see an approaching recession,” Chief Economist Ellen Zentner said in a commentary.

Like an airplane, you want a “soft landing”—not a crash—for the economy if you’re trying to deliberately slow it down. That’s why the term is often used to describe the Federal Reserve’s goal for slowing down the economy in order to tamp down inflation.

In other words, the Fed has begun raising its benchmark interest rate, the fed funds rate, to cool the economy and rein in the sharp increases in consumer prices. By raising borrowing costs throughout the economy, the Fed will discourage spending and slow economic growth. But Fed officials must not overdo it, slowing it so much that the economy slips into a recession. That would be a very hard landing.

It’s a delicate balancing act, and one that Fed Chair Jerome Powell has acknowledged is not going to be easy. Fed officials believe the economy is strong enough that it can be brought in for a soft landing, but some economists think the odds are against it.

Real gross domestic product, or real GDP, is a measure of how much the country produces, or economic output (see definition below). It’s tracked by the Bureau of Economic Analysis and is an estimate of the total value of all the goods and services produced in the U.S. in a given year. (The “real” part means it’s adjusted for inflation to give an idea of how much is being produced regardless of price increases). If real GDP is shrinking for two or more quarters in a row, that usually means the economy is in a recession, but not always (see definition above.)

Real GDP plunged when the pandemic hit, indicating a recession, but shot right back up again and had passed pre-pandemic levels by the second quarter of 2021.

The change in real GDP is usually expressed as a percent change, and the quarterly change is often given in an annualized form, meaning as if GDP grew at that quarterly pace for four quarters (one year). In 2021, GDP grew 5.7%—about double the typical pre-pandemic rate—and even before the war, economists warned we shouldn’t get used to that because the government is no longer providing pandemic-era aid like stimulus checks, extra unemployment benefits or bigger tax credits.

Output is the total amount of goods and services produced by the economy. Real GDP (see above) is one way to measure output. Recessions are characterized by a decrease in economic output.

When real GDP is increasing, or expanding, we have economic growth. It’s considered a good thing for consumers because as more goods and services are produced, incomes increase and people have more access to those goods. The economy tends to go through cycles of economic expansion and contraction (see definitions below), despite the efforts of governments to keep their economies growing steadily.

Economists describe the up-and-down seesaws of the economy as a “business cycle” that goes through periods of growth (expansion) and then contraction. During the expansion part of the cycle, factories make more stuff, companies do more business, and people make more money, so real GDP goes up. The opposite happens when the economy shrinks, or contracts, during a recession. The economy has been expanding since the Great Recession ended in 2009, with a brief interruption in early 2020 caused by the pandemic.

Demand refers to how much stuff people are willing and able to buy. When demand for goods and services falls—for example, when consumers don’t feel they have enough money to keep spending—business can slow down so much that a recession begins. Currently, demand is running high—too high to be met by the supply—which has led to rapidly rising inflation. High demand typically makes a recession less likely, though if the Federal Reserve tamps it down too much by raising borrowing costs, all bets are off.

Stagflation—a portmanteau of “stagnation” and “inflation”—is just as ugly as it sounds. It means we get the worst of both worlds—an overheating economy where prices are rising too fast, and the high unemployment rates of an economy that’s growing too slowly. The U.S. hasn’t seen stagflation since the 1970s, but some economists believe the conditions are ripe for it to return sometime soon since we’ve already got the “flation” part.

If a recession (see above) gets bad enough, it’s called a depression. When this last happened, during the the Great Depression that began in 1929, one in four workers couldn’t find a job, people were forced to build encampments of cardboard shacks, known as Hoovervilles, and others rode through the country on freight trains in fruitless search of work. Fortunately, few if any economists are even considering the possibility of something like that happening again any time soon.

The original version of this story was published on March 30, 2022. 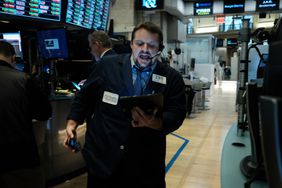 Are We Heading Into a Recession? How Bad Would It Be?