Your filing status determines which standard deduction amount and which tax rates are used when calculating your federal income tax for the year. Single is just one of five filing status options available. Learn how to choose the right one for your situation.

When You're Considered Unmarried

Your marital status is defined by your status on the last day of the tax year—December 31. You would claim the single filing status on your tax return if you're "considered unmarried" on that date.

You are not considered unmarried due to legal separation if you and your spouse only move into separate homes or reach a separation agreement between yourselves. The separation must be made formal by a court order.

When You're Considered Married

Tax brackets and standard deductions for married taxpayers are different from those for single filers. These rates are doubled until reaching the 37% bracket, as there are two people filing taxes on the same return.

Married individuals who file separate returns are subject to the single tax rates and use the standard deduction, but some tax credits and deductions are unavailable to them when they don't file joint returns.

Common-law spouses in the states that recognize this status are considered married for federal tax purposes. They must choose between married-filing-jointly and married-filing-separately tax status.

You can't file a single tax return if you're considered married, even if you and your spouse live in separate households. You might qualify for the head-of-household status, however.

Some partnerships are recognized as such but are not marriages. These include:

If you are in one of these relationships, you are considered unmarried and must file with the IRS as single if you don't qualify for head-of-household status.

At the federal level, people in domestic partnerships or civil unions must file their federal tax returns using either the single or head-of-household filing status.

The table below shows the tax rates in effect for the 2021 tax year for single taxpayers. These are the rates that apply to the tax return you file in 2022.

Income is taxed at these rates to the upper limit, and the balance graduates to the next percentage.

If you are in a registered domestic partnership, you cannot claim your partner as a dependent unless you meet strict income and support parameters.

Individuals who are widows or widowers and who can claim a dependent child might qualify for the qualifying widow/widower filing status as well. This is a special filing status for surviving spouses, and the tax rates and standard deduction are the same as for those who are married filing jointly.

This status is limited to the first two years following the death of a spouse as long as the person does not remarry within the tax year.

Which Filing Status Should You Use?

The rules to qualify for each filing status do not leave much room for error, and choosing the wrong status could result in:

If you are unsure which filing status is correct for you, consult a tax professional. 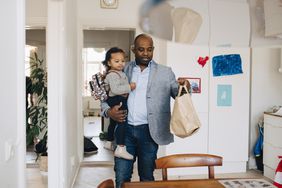 What Is a Breadwinner? 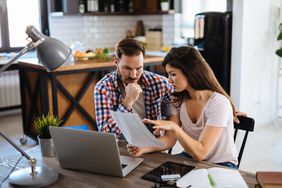 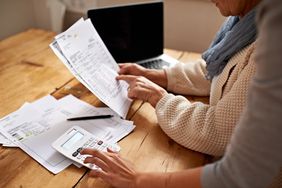 Where To Find and How To Read 1040 Tax Tables