Although inflation is starting to decline, shoppers aren’t feeling as enticed to go to stores and buy things, the latest retail sales report shows. Retail sales dropped 0.6% in November from the month prior, far more than the 0.3% decline that economists forecasted. It’s also a big dip from October’s 1.3% gain.

The bigger-than-expected slide in retail sales was the most since December of last year. Despite the sharp falloff, sales are still 6.5% higher than they were in November 2021, as consumers kept shopping this year, despite stubbornly high levels of inflation.

Retail sales are an important economic indicator, because consumer spending drives roughly 70% of the U.S. economy. So when we keep shopping, the economy remains strong and can continue to grow. The decline captured in today’s report could be a sign that the strength of the economy might start to wane, which makes everyone nervous about the potential for a recession.

After dropping following the Fed’s decision to hike interest rates by 50 basis points yesterday, stocks are tumbling again today after the news that retail sales slid so much last month. Investors remain concerned that the Fed’s rate hikes might tip the economy into a recession, and today’s report has done nothing to soothe those anxieties. Despite the central bank’s more moderate rate hike decision, it still remains unclear how aggressive it will be in 2023.

While retail sales slumped, the jobs market continues to signal economic strength. Jobless claims (the number of people filing for unemployment for the first time) decreased by 20,000 last week to 211,000, the Labor Department said today. That’s lower than economists expected and the lowest number of initial claims since September. 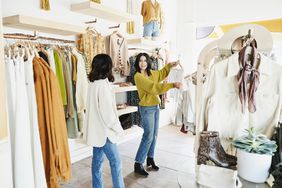 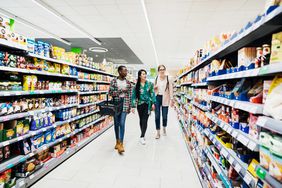