The economy bounced back in the third quarter, the Commerce Department announced today, as gross domestic product (GDP) rose 2.6%, higher than expected. The jump comes after two negative quarters of growth, fanning fears that the U.S. economy is in a recession. GDP can be thought of as the total value or worth of all the goods and services that the country produces.

The jump was driven largely by increases in exports, and an increase in government spending, among other things. But looking at the total picture of the U.S. economy, so far this year we aren’t growing, but rather keeping our heads above water, as third quarter growth erases the losses we saw in the first and second quarters.

Even with the third quarter gain wiped out by previous quarterly losses, today’s GDP figures do point to the resilience of the economy, especially at a time when many were concerned that the U.S. was in a recession. Stocks are mixed today following the stronger GDP data.

Further data shows that the American household still continues to remain strong, but cracks are starting to form. The amount of money that people are saving has declined, from 3.4% by the end of the first half of the year to 3.3% in the last quarter. Disposable personal income rose, as employers continue to pay workers more, helping boost household finances.

But if we are essentially back to where we started at the beginning of 2022, this means that fourth quarter GDP figures could be a good indication of how the economy is doing. Any further declines in GDP would likely ring more alarms that the U.S. is swiftly approaching a recession. 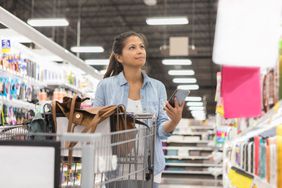