A trade deficit occurs when a country does not produce everything it needs and borrows from foreign states to pay for the imports. That's called the current account deficit.﻿﻿

A trade deficit also occurs when companies manufacture goods in other countries. The raw materials for manufacturing that are shipped overseas for factory production count as an export. The finished manufactured goods are counted as imports when they're shipped back to the country. The imports are subtracted from the country's gross domestic product even though the earnings may benefit the company's stock price, and the taxes may increase the country's revenue stream.﻿﻿

Initially, a trade deficit is not necessarily a bad thing. It can raise a country's standard of living because residents can access a wider variety of goods and services for a more competitive price.﻿﻿ It can also reduce the threat of inflation since it creates lower prices.﻿﻿

Over time, a trade deficit can cause more outsourcing of jobs to other countries. As a country imports more goods than it buys domestically, then the home country may create fewer jobs in certain industries. At the same time, foreign companies will likely hire new workers to keep up with the demand for their exports.﻿﻿

Trade Deficit as Defined in the United States

In the United States, the Bureau of Economic Analysis measures and defines the trade deficit. It defines U.S. imports as goods and services produced in a foreign country and bought by U.S. residents. It includes all goods shipped to the United States—even if produced by an American-owned company. If a product goes through U.S. Customs and is intended to be sold in America, it is considered an import.﻿﻿

Imports also include services. The BEA counts services purchased by U.S. residents while they are travelers in another country, including food, lodging, recreation, and gifts. It also counts travel, fares, and other passenger transportation tolls purchased while traveling.

Other imported services include payment of royalties or license fees and payment for services. These services could include advertising, telecommunications, or education, to name just a few. In short, if the consumer is a U.S. resident and the provider is a foreign resident, then it is an import.﻿﻿

An export is any good that passes through customs from the United States to be sold overseas. This category includes merchandise shipped from an American-based company to its foreign affiliate or branch.

Exports include services sold by a U.S. resident or U.S. business and bought by a foreign resident. The BEA estimates service imports and exports from benchmark surveys and other reports. The measurements of goods transactions come from the U.S. Census.﻿﻿

A nation with a trade deficit spends more on imports than it makes on its exports. In the short run, a negative balance of trade curbs inflation. But over time, a substantial trade deficit weakens domestic industries and decreases job opportunities. A huge reliance on imports also leaves a country vulnerable to economic downturns. Currency devaluations, for example, make imports more costly. This situation stimulates inflation.

At present, the United States has had a trade deficit every year since 1976.

How are trade deficits financed?

Foreign entities finance trade deficits by lending goods to Americans or by investing in U.S. equity or real estate. The more foreigners want to invest in the U.S., the easier it is for the U.S. to finance its trade deficit.

In which decade did the United States begin experiencing large trade deficits? 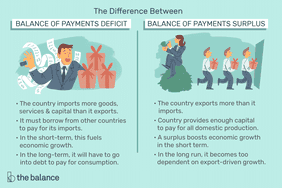 How Does the U.S. Economy Work?
What Is Mercantilism? 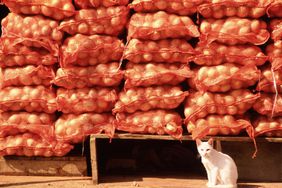 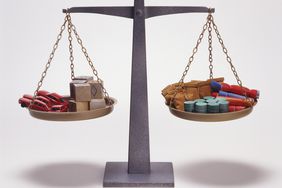 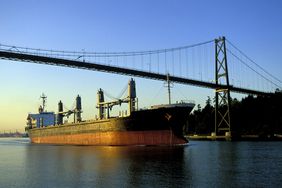 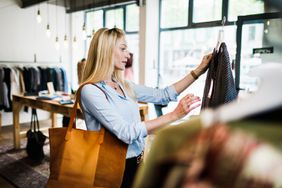