Republican candidate Donald Trump promised during the 2016 presidential campaign that he would eliminate the nation’s debt in eight years.

Instead, his budget estimates showed that he would actually add at least $8.3 trillion, increasing the U.S. debt to $28.5 trillion by 2025. But the national debt reached that figure much sooner. The national debt stood at $19.9 trillion when President Trump took office in January 2017, and it reached a high of $27 trillion in October 2020.

The national debt reached another high of $28 trillion less than two months after President Trump left office. In December 2021, Congress then increased the debt limit by $2.5 trillion, to almost $31.4 trillion, as debt rose again under President Joe Biden.

How Did the National Debt Increase?

At first it seemed that Trump was lowering the debt. It fell $102 billion in the first six months after he took office. The debt was $19.9 trillion on Jan. 20, the day Trump was inaugurated. It was $19.8 trillion on July 30, thanks to the federal debt ceiling.

The debt hit a record $27 trillion on Oct. 1, 2020 before reaching further peaks in 2021 that caused Congress to act again to raise the debt limit in December.

Trump promised two strategies to reduce U.S. debt before taking office: He would increase growth by 4% to 6%, and he would eliminate wasteful federal spending

Trump promised while on the campaign trail to grow the economy by 4% to 6% annually to increase tax revenues. Once in office, he lowered his growth estimates to between 2% and 3%. These more realistic projections are within the 2% to 3% healthy growth rate.

It creates inflation when growth is more than 3%. Too much money chases too few good business projects when this happens. Irrational exuberance grips investors and they could create a boom-bust cycle that ends in a recession.


President Trump also promised to achieve between 2% and 4% growth with tax cuts. The Tax Cuts and Jobs Act cut the corporate tax rate from 35% to 21% beginning in 2018. The top individual income tax rate dropped to 37%. The TCJA doubled the standard deduction and eliminated personal exemptions. The corporate cuts are permanent, but the individual changes expire at the end of 2025.

According to the Laffer curve, tax cuts only stimulate the economy enough to make up for lost revenue when the rates are above 50%. It worked during the Reagan administration because the highest tax rate was 70% at that time.

Trump’s second strategy was to eliminate waste and redundancy in federal spending. He demonstrated this cost-consciousness during his campaign when he used his Twitter account and rallies instead of expensive television ads.

Trump was right that there is waste in federal spending. The problem isn't finding it. The problem is in cutting it. Each program has a constituency that lobbies Congress. Eliminating these benefits may lose voters and contributors. Congressional representatives may agree to cut spending in someone else’s district, but they resist doing so on their own.

Any president must cut into the biggest programs to make a real impact on the national debt.

More than two-thirds of government spending goes to mandatory obligations made by previous acts of Congress. Social Security benefits cost $1.2 trillion in Fiscal Year 2021. Medicare cost $722 billion, and Medicaid cost $448 billion. The interest on the debt was $378 billion.

Military spending must also be cut to lower the debt because it's such a large portion of the budget. But Trump increased military spending in Fiscal Year (FY) 2021 to $933 billion. That includes three components:

Only $595 billion was left to pay for everything else budgeted for FY 2021 after mandatory and military spending. That includes agencies that process Social Security and other benefits. It also includes the necessary functions performed by the Department of Justice and the Internal Revenue Service. We'd have to eliminate it all to make a dent in the $966 billion deficit.

You can't reduce the deficit or debt without major cuts to defense and mandated benefits programs. Cutting waste isn't enough.

Did Trump’s Business Debt Affect His Approach to U.S. Debt?

Trump said in an interview with CNBC during his 2016 campaign that he would "borrow, knowing that if the economy crashed, you could make a deal.” But sovereign debt is different from personal debt. It can't be handled the same way.

A 2016 Fortune magazine analysis revealed Trump's business was $1.11 billion in debt. That includes $846 million owed on five properties. These include Trump Tower, 40 Wall Street, and 1290 Avenue of the Americas in New York. It also includes the Trump Hotel in Washington, D.C., and 555 California Street in San Francisco. But the income generated by these properties easily pays their annual interest payment. Trump's debt is reasonable in the business world.

The World Bank compares countries based on their total debt-to-gross domestic product ratio. It considers a country to be in trouble if that ratio is greater than 77%.

The high U.S. debt-to-GDP ratio didn't discourage investors. America is one of the safest economies in the world and its currency is the world's reserve currency. Investors purchase U.S. Treasurys in a flight to safety even during a U.S. economic crisis. That's one reason why interest rates plunged to historical lows in March 2020 after the coronavirus outbreak. Those falling interest rates meant that America's debt could increase, but interest payments remain stable.

The U.S. also has a massive fixed pension expense and health insurance costs. A business can renege on these benefits, ask for bankruptcy, and weather the resulting lawsuits, but a president and Congress can't cut back those costs without losing their jobs at the next election. As such, Trump's experience in handling business debt did not transfer to managing the U.S. debt.

How the National Debt Affects You

The national debt doesn't affect you directly until it reaches the tipping point. It slows economic growth once the debt-to-GDP ratio exceeds 77% for an extended period of time. Every percentage point of debt above this level costs the country 0.017 percentage points in economic growth, according to a World Bank analysis.

The first sign of trouble is when interest rates start to rise significantly. Investors need a higher return to offset the greater perceived risk. They start to doubt that the debt can be paid off.

The second sign is that the U.S. dollar loses value. You will notice that as inflation rises, imported goods cost more. Gas and grocery prices rise. Travel to other countries also becomes much more expensive.

The cost of providing benefits and paying the interest on the debt will skyrocket as interest rates and inflation rise. That leaves less money for other services. The government will be forced to cut services or raise taxes at that point. This will further slow economic growth. Continued deficit spending will no longer work at that point.

Which president increased the national debt most?

Presidents Obama and Trump both increased the debt by nearly $9 trillion during their respective times in office. Trump did this in four years, while Obama did it over eight years. In terms of proportion, Franklin Roosevelt oversaw the largest percentage increase in the national debt during his three-plus terms in office.

Who was the last president to reduce the national debt?

Dwight Eisenhower was the last president to oversee a reduction in the national debt, which he achieved two years in a row in 1956 and 1957.

How would the U.S. pay off the national debt?

Paying off the national debt would be a significant undertaking. It would require some combination of sustained policy changes to increase taxes, cut government spending, create more jobs, and drive faster economic growth.

Was this page helpful?
Thanks for your feedback!
Tell us why!
Sources
The Balance uses only high-quality sources, including peer-reviewed studies, to support the facts within our articles. Read our editorial process to learn more about how we fact-check and keep our content accurate, reliable, and trustworthy.
Part Of
The National Debt
Related Articles 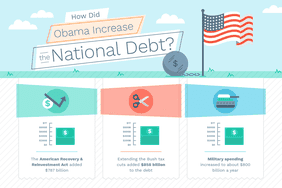 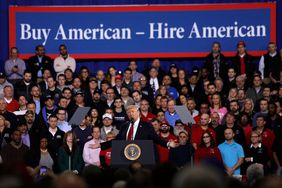 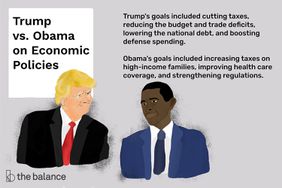