You don't need to travel to see the debt clock—you can visit the U.S. Treasury website, Debt to the Penny, to download the current and archived amount of U.S. national debt.

Why the Debt Clock Is Important

The U.S. national debt is the sum of all outstanding debt owed by the federal government. It's an accumulation of each year's budget deficits. About three-fourths of the national debt is public debt, which is held by individuals, businesses, and foreign governments that bought Treasury bills, notes, and bonds. The government owes the rest to itself, mainly to Social Security and other trust funds, and that's known as intragovernmental holdings.

The debt clock shows how much the U.S. government owes its citizens, other countries, and itself. Most federal revenue comes from individual taxes. The government counts on you to pay the debt back one day. Corporations pass their tax costs through to you by raising prices. In other words, you, your children, and your grandchildren must pay 100% of the debt through higher taxes. The higher tax burden that the level of U.S. debt causes dampens expectations. It's a big threat to the quality of life for future generations.

On Dec. 14, 2021, the debt ceiling was raised again. The increase of $2.5 trillion set the new limit around $31.4 trillion. This increase constituted the largest dollar amount increase of the national debt.

When Was the Debt Clock Installed?

Real estate investor Seymour Durst created the debt clock in 1989. At that time, the national debt was almost $3 trillion and 50% of the gross domestic product (GDP). It was initially installed on 42nd Street and Sixth Avenue in New York City. Durst is famously quoted as saying, “If it bothers people, then it's working.”

The debt clock faithfully recorded the increasing U.S. debt until 2000. That's when the prosperity of the 1990s created enough revenue to reduce the federal budget deficit and debt. It seemed as if the debt clock had accomplished its goal.

Unfortunately, that prosperity didn’t last. The 2001 recession and the 9/11 terrorist attacks meant lower revenues and higher government spending, which added to the debt. The national debt exceeded $6 trillion by July 2002—more than double what the national debt was when the clock was initially installed. The Durst Corporation reactivated the clock at that time. When the debt exceeded $10 trillion in September 2008, one more digit had to be added.

What Is the Debt Clock Warning Us About?

The debt clock's warning is even more critical. Two factors that allowed the U.S. debt to grow safely have been withdrawn. First, the Social Security Trust Fund took in more revenue through payroll taxes leveraged on baby boomers than it needed back in the 1980s. Ideally, this money should have been invested to be available when those workers retire, but the Fund was "loaned" to the government to finance increased deficit spending. This interest-free loan helped keep Treasury bond interest rates low, allowing more debt financing. Technically, it's not really a loan, though, since it can only be repaid by increased taxes when the boomers retire.

Second, many of the foreign holders of U.S. debt are investing more in their own economies. Over time, diminished demand for U.S. Treasuries could increase interest rates, thus slowing the economy. This lessening of demand puts pressure on the dollar. As U.S. dollars and dollar-denominated Treasury securities become less desirable, their value declines. As the dollar declines, foreign holders get paid back in currency that is worth less, which further decreases demand. 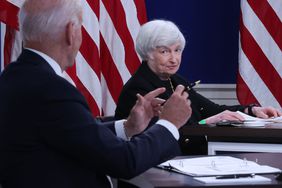 Will the U.S. Ever Default on Its Debt? 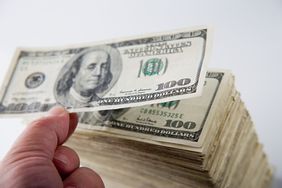