When the Federal Reserve raised the federal funds rate, it sent adjustable mortgage interest rates skyrocketing. As a result, home prices plummeted, and borrowers defaulted. Derivatives spread the risk into every corner of the globe. That caused the 2007 banking crisis, the 2008 financial crisis, and the Great Recession. It created the worst recession since the Great Depression.

Hedge Funds Played a Key Role in the Crisis

Hedge funds are always under tremendous pressure to outperform the market. They created demand for mortgage-backed securities by pairing them with guarantees called credit default swaps. What could go wrong? Nothing, until the Fed started raising interest rates. Those with adjustable-rate mortgages couldn't make these higher payments. Demand fell, and so did housing prices. When they couldn't sell their homes, either, they defaulted. No one could price, or sell, the now-worthless securities. And American International Group (AIG) almost went bankrupt trying to cover the insurance.

The subprime mortgage crisis was also caused by deregulation. In 1999, the banks were allowed to act like hedge funds. They also invested depositors' funds in outside hedge funds. That's what caused the Savings and Loan Crisis in 1989. Many lenders spent millions of dollars to lobby state legislatures to relax laws. Those laws would have protected borrowers from taking on mortgages they really couldn't afford.

Banks and hedge funds made so much money selling mortgage-backed securities, they soon created a huge demand for the underlying mortgages. That's what caused mortgage lenders to continually lower rates and standards for new borrowers.

Mortgage-backed securities allow lenders to bundle loans into a package and resell them. In the days of conventional loans, this practice allowed banks to have more funds to lend. With the advent of interest-only loans, this also transferred the risk of the lender defaulting when interest rates reset. As long as the housing market continued to rise, the risk was small.

The advent of interest-only loans combined with mortgage-backed securities created another problem. They added so much liquidity in the market that it created a housing boom.

Subprime borrowers are those who have poor credit histories and are therefore more likely to default. Lenders charge higher interest rates to provide more return for the greater risk. So, that makes it too expensive for many subprime borrowers to make monthly payments.

The advent of interest-only loans helped to lower monthly payments so subprime borrowers could afford them. But, it increased the risk to lenders because the initial rates usually reset after one, three, or five years. But the rising housing market comforted lenders, who assumed the borrower could resell the house at the higher price rather than default.

Two Myths About What Caused the Crisis

Fannie Mae and Freddie Mac were government-sponsored enterprises that participated in the mortgage crisis. They may have even made it worse. But they didn't cause it. Like many other banks, they got caught up in the practices that created it.

Another myth is that the Community Reinvestment Act created the crisis. That's because it pushed banks to lend more to poor neighborhoods. That was its mandate when it was created in 1977.

In 1989, Financial Institutions Reform, Recovery, and Enforcement Act (FIRREA) strengthened the CRA by publicizing banks' lending records. It prohibited them from expanding if they didn't comply with CRA standards. In 1995, President Clinton called on regulators to strengthen the CRA even more.

But, the law did not require banks to make subprime loans. It didn't ask them to lower their lending standards. They did that to create additional profitable derivatives.

The risk was not just confined to mortgages. All kinds of debt were repackaged and resold as collateralized debt obligations. As housing prices declined, many homeowners who had been using their homes as ATMs found they could no longer support their lifestyle. Defaults on all kinds of debt started to creep up slowly. Holders of CDOs included not only lenders and hedge funds. They also included corporations, pension funds, and mutual funds. That extended the risk to individual investors.

The real problem with CDOs was that buyers did not know how to price them. One reason was they were so complicated and so new. Another was that the stock market was booming. Everyone was under so much pressure to make money that they often bought these products based on nothing more than word of mouth.

Every boom has its bust. In 2006, housing prices started to decline. Subprime borrowers couldn't sell their houses at a higher price than they paid for them. Banks weren't willing to refinance when the home's value was less than the mortgage. Instead, they foreclosed.

The Subprime Mess Spread to the Banking Industry

Many of the purchasers of CDOs were banks. As defaults started to mount, banks were unable to sell these CDOs, and so had less money to lend. Those who had funds did not want to lend to banks that might default. By the end of 2007, the Fed had to step in as a lender of last resort. The crisis had come full circle. Instead of lending too freely, banks lent too little, causing the housing market to decline further.

How a Little Accounting Rule Made Things Much Worse

Some experts also blame mark to market accounting for the banks' problems. The rule forces banks to value their assets at current market conditions. First, banks raised the value of their mortgage-backed securities as housing costs skyrocketed. They then scrambled to increase the number of loans they made to maintain the balance between assets and liabilities.  In their desperation to sell more mortgages, they eased up on credit requirements. They loaded up on subprime mortgages.

When asset prices fell, the banks had to write down the value of their subprime securities. Now banks needed to lend less to make sure their liabilities weren't greater than their assets. Mark to market inflated the housing bubble and deflated home values during the decline.

In 2009, the U.S. Financial Accounting Standards Board eased the mark to market accounting rule. This suspension allowed banks to keep the value of the MBS on their books. In reality, the values had plummeted.

If the banks were forced to mark their value down, it would have triggered the default clauses of their derivatives contracts. The contracts required coverage from credit default swaps insurance when the MBS value reached a certain level. It would have wiped out all the largest banking institutions in the world.

The ultimate cause of the subprime mortgage crisis boils down to human greed and failed wisdom. The prime players were banks, hedge funds, investment houses, ratings agencies, homeowners, investors, and insurance companies.

Banks lent, even to those who couldn’t afford loans. People borrowed to buy houses even if they couldn’t really afford them. Investors created a demand for low premium MBS, which in turn increased demand for subprime mortgages. These were bundled in derivatives and sold as insured investments among financial traders and institutions.

When the housing market became saturated and interest rates started to rise, people defaulted on their loans which were bundled in derivatives. This was how the housing market crisis brought down the financial sector and caused the 2008 Great Recession.

What was the subprime mortgage crisis?

The subprime mortgage crisis was a key component of the 2008 financial crisis that led to the Great Recession. It came about after years of expanded mortgage access drove up housing demand and prices and eventually led to a real estate bubble.

When did the subprime mortgage crisis start?

Ultimately, the crisis was a result of years of risky lending practices. Once housing prices began to decline in 2007, subprime lenders started shutting down one after another. The subprime crisis accelerated quickly from there.

When will the next housing market crash happen?

It's difficult to predict when the housing market will be at risk. Most economists don't think another subprime crash is likely, given the various safeguards that have been put in place since the first one. However, there are other ways the housing market could crash. Some worry that the surge in housing prices spurred by the pandemic could create another bubble, while others are concerned about the potential impact that climate change and weather-related crises could have on the housing supply. 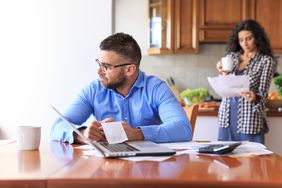 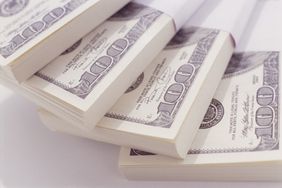 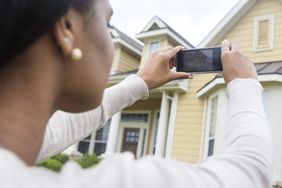 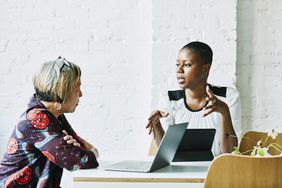 What Are Collateralized Debt Obligations (CDOs)? 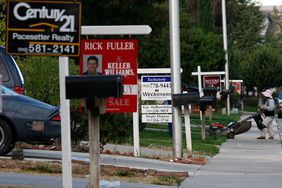 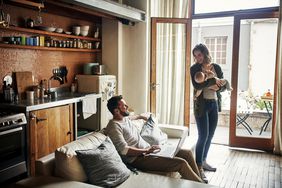 What Is a Subprime Mortgage? 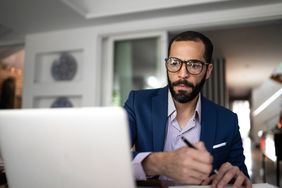 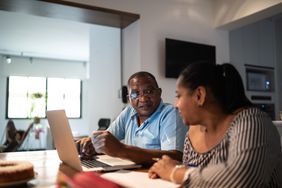