Eric Rosenberg
Eric Rosenberg is a financial writer with more than a decade of experience working in banking and corporate accounting. He specializes in writing about cryptocurrencies, investing and banking among other personal finance topics. Eric has an MBA in finance from the University of Denver.
learn about our editorial policies
Reviewed by
Gordon Scott

However, it’s important to temper your expectations for how much you can earn. Bitcoin mining equipment is expensive and Bitcoin miners require a lot of electricity. It’s possible to lose money by mining Bitcoin depending on your equipment, internet connection, and power costs. But if you approach Bitcoin mining strategically, you can perhaps make a little money while supporting the Bitcoin ecosystem.

What Is Bitcoin Mining?

Bitcoin miners in possession of extensive computing power compete against one another to verify the next block of Bitcoin transactions. The winner gets paid a small amount of Bitcoin for successfully solving a complex mathematical equation in the shortest period of time.

The reward for successfully validating a block is 6.25 BTC, which is expected to decrease to 3.125 BTC in 2024 as the amount of mined Bitcoins get closer to its total supply of 21 million. This process is called halving.

Bitcoin miners use mining hardware to generate a new Bitcoin block every 10 minutes. For solo Bitcoin mining, these are the basic steps to follow:

Anyone can mine Bitcoin with their computer and a fast internet connection, but it may not be profitable.

Should You Mine Bitcoin?

You can mine Bitcoin at home, but that doesn’t mean you should. Bitcoin’s supply is fixed at 21 million, and as more of it is mined, mining will get harder and more expensive. Large Bitcoin mining operations are generally the most successful and profitable. Your old desktop or laptop is likely no match against these sophisticated operators.

As a solo miner, you can join a Bitcoin mining pool where you can join your computing prowess with other miners to collectively mine Bitcoin.

Many miners consider the mining pool fees to be worth the expense, although you still need to purchase and operate mining hardware. Or you can decide to skip Bitcoin mining altogether.

Alternatives to Mining Bitcoin at Home

You don’t necessarily need to set up your own Bitcoin mining rig to benefit from mining. There are other ways to gain portfolio exposure to mining.

Cloud mining is different from mining pool. The biggest difference is that in cloud mining you’re contracting an organization to mine while in a pool, you combine forces with other miners.

Invest in a Bitcoin Mining Company

You may also consider investing in public companies dedicated to Bitcoin mining. Riot Blockchain is an example of a Bitcoin mining company that trades publicly in the stock market.

Mine a Different Cryptocurrency

Bitcoin is not the only cryptocurrency that is mined. You can opt to mine Ethereum, Monero, Litecoin, and many others. Each coin has its own mining rules but varying economics and competition, which may produce greater cryptocurrency rewards than Bitcoin mining.

How long does it take to mine one Bitcoin?

How much does it cost to mine Bitcoin?

Miners must invest in mining hardware and pay internet and electricity costs on an ongoing basis. New mining hardware can cost thousands of dollars, depending on the equipment you choose. Power and internet costs vary by location and usage. As a result, it’s possible to make or lose money when mining Bitcoin.

How do you mine Bitcoin without hardware?

It’s possible to mine Bitcoin without hardware by paying to use cloud computing resources, which is what cloud miners do. Cloud miners trade the cost of mining hardware for mining fees paid to cloud mining companies. 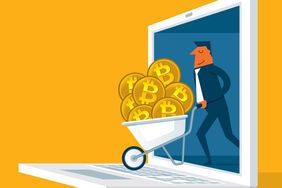 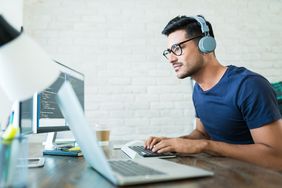 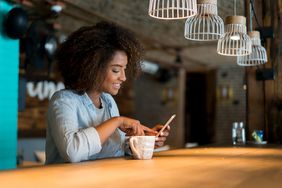 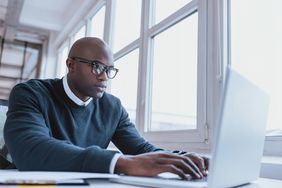 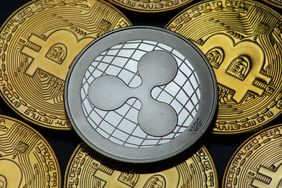