What Is a V-Shaped Recovery?

Reviewed by Robert C. Kelly
Robert Kelly is managing director of XTS Energy LLC, and has more than three decades of experience as a business executive. He is a professor of economics and has raised more than $4.5 billion in investment capital.
learn about our financial review board
In This Article
View All
In This Article
Definition
A V-shaped recovery is a quick, sharp improvement in an economy after a sharp decline. On a graph of gross domestic product (GDP) over time, the decline forms the left side of the letter V. The recession is the point at the bottom, then rapid improvement from that point forms the right side of the letter V.

A V-shaped recovery usually characterizes a recovery after a recession caused by a one-time shock. As a consumer, business-owner, investor, or other participant in the economy, it helps to understand how a V-shaped recovery works.

Definition and Example of a V-Shaped Recovery

A V-shaped recovery is a quick, sharp improvement in an economy that occurs after a quick, sharp decline. This usually occurs after a one-time shock to the economic system, such as a terrorist attack or a natural disaster. On a graph that looks at an economic indicator over time, the decline forms the left side of the letter V. The recession is the point at the bottom, then rapid improvement from that point forms the right side of the letter V.

A notable V-shaped recession in recent years is the two-month period at the start of the coronavirus pandemic (some experts argue it was a K-shaped recovery). In early 2020, governments began restricting travel, and the U.S. entered lockdown in the middle of March. Economic activity slowed, and businesses began laying off workers. The U.S. government quickly created relief programs for businesses and families, and the economy picked up almost as fast as it declined. The result was one of shortest, sharpest recessions in U.S. history.

Recessions have many causes. Different reasons for economic slowdowns affect the rate and strength of decline, as well as how long it takes for the economy to recover. The National Bureau of Economic Research, the group that identifies the start and end of recessions in the United States, has identified the timing of 34 distinct business cycles between 1857 and the present.

How a V-Shaped Recovery Works

A V-shaped recovery represents the response to a short-term recession due to a one-time event. That’s why it plays out faster than other types of recoveries. It takes longer to recover from the type of recession that is caused by more complicated and structural issues.

Although conventional wisdom holds that a recession must last for two quarters, it may be shorter if the decline is significant enough in the opinion of the NBER.

Alternatives to a V-Shaped Recovery

Economic recessions and recoveries can form other shapes. Many have a “U” shape, with a trough that lasts for several months as the economy works through a period of weakness. Some recessions show a small recovery followed by another recession, the so-called double-dip recession that forms a “W” shape.

Investors trying to determine the length of the recession should think about what caused it. A recession that takes place because of an asset bubble may last longer, but there may be good bargains to be had in the wreckage. If a recession is likely to last for several months, investors may want to switch to more defensive stocks such as food and health care companies. A V-shaped recession and recovery may take place so fast that it is hard to reposition a portfolio. In that case, investors may want to hold on tight and see what happens.

Was this page helpful?
Thanks for your feedback!
Tell us why!
Sources
The Balance uses only high-quality sources, including peer-reviewed studies, to support the facts within our articles. Read our editorial process to learn more about how we fact-check and keep our content accurate, reliable, and trustworthy.
Related Articles
What Is a K-Shaped Recovery? 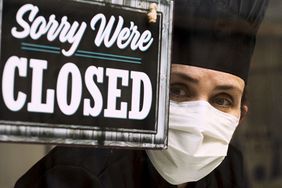 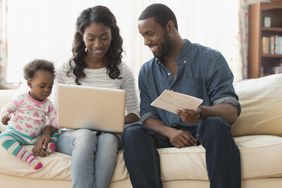 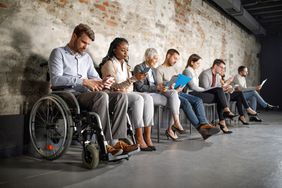