The U.S. Federal Reserve dot plot is a chart summarizing the Federal Open Market Committee's (FOMC) outlook for the federal funds rate. Each dot represents the interest rate forecasted by one of the 12 members of the committee.

Definition and Example of the Federal Reserve Dot Plot

The Federal Reserve originally introduced its dot plot in 2012, amid the country's economic recovery from the 2008 financial crisis. It represents the Fed’s ongoing effort to become more transparent about its policies.

The dot plot is published quarterly as a chart showing where each of the 12 members of the FOMC, the rate-setting body within the Fed, expect the federal funds rate to be for each of the next three years and the long term. The Fed is not bound by these predictions, and they change regularly.

The federal funds rate is the rate that banks charge each other for lending money. It is the base interest rate for many short-term transactions in the U.S. economy.

How the Fed Dot Plot Works

The committee is made of up of the seven members of the Fed's bBoard of Governors, and the president of the Federal Reserve Bank of New York.

The remaining four seats are filled on a rotating basis by presidents from the remaining 11 Fed banks. These presidents serve one-year terms. One is chosen from each of the following regional groupings of Fed banks:

Each dot on the chart represents a member’s view of where the federal funds rate should be at the end of the various calendar years shown, as well as in the longer run. This long-range view represents the peak for the federal funds rate after the Fed has finished tightening or “normalizing” policy from its current levels. The official rate forecast is set based on the median of all dots.

More important than the absolute number for the projections is the direction of movement. Investors want to know whether the FOMC is leaning toward looser monetary policy (reducing rates) or tighter policy (raising rates). For example, a shift toward higher rates in the dot plot in March 2014 led to a short-term sell-off in both stocks and bonds, a reflection of investors’ fear that the Fed might raise rates sooner than expected.

While only 12 members serve on the FOMC at a time, the dot plot includes opinions (dots on the chart) from each Fed bank president, for a total of up to 19 dots. Their opinions matter because dot plots include long-term predictions, and four of the FOMC's 12 seats are rotated annually.

What the Fed Dot Plot Isn’t

Keep in mind, when you're looking at the chart, that each dot represents a member’s view of the range of where rates should be at that time. Their dot is in the center of the range. In other words, the dots shouldn’t be taken to represent that a member is targeting that specific number.

It’s also important to remember that the Fed remains data-dependent, and it adjusts its policy based on economic trends, inflation, and global events. In the event of major developments, such as a terrorist attack, a severe economic downturn, or a sharp jump in inflation, the most recent dot chart may no longer represent member projections. As a result, the longer-term projections on the dot plot carry less weight than those that are closer to the present. Changes among Fed leadership—as terms expire, people resign, and others step up to fill the vacated positions—add to the potential for long-term policy shifts.

Naturally, this won’t stop market participants from reading a great deal into the specific averages that are generated by each new iteration of the Fed dot plot. Bond investors should expect that this release will be a new source of market volatility after each Fed meeting. However, former Fed Chair Janet Yellen warned that people “should not look at the dot plot as the primary way in which the Committee is speaking to the public at large.” 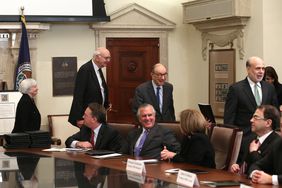 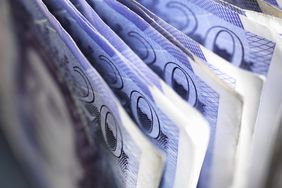 The Federal Reserve and the Discount Rate