The Federal Reserve Board raises the federal funds rate to combat inflation. Here's what you need to know about interest rates, when the Fed will raise them, and how your finances will be affected.

What Interest Rate Hikes Mean for You

Rising interest rates increase the cost of credit cards, loans, and mortgages. They also raise the interest you can earn on savings accounts and certificates of deposit (CDs). When the Fed decided to raise the federal funds rate, the stock market fell and borrowing money became more expensive for both businesses and consumers. This means the rates for mortgages, credit cards, auto loans, and other consumer lending products increase.

The federal funds rate will likely stay elevated until inflation settles to the Fed's target range of 2–3%.

Demand for Treasury bonds should fall when the economy improves. The yields rise as sellers try to make the bonds more attractive. Higher Treasury yields drive up interest rates on long-term loans, mortgages, and bonds.

How High Can Rates Go?

The Fed didn't plan on raising the fed funds rate until the economy improved and inflation reached an average of 2%. Historically, the benchmark rate has had a sweet spot of 2% to 5%. The highest it's ever been was 19% to 20% in 1980 and 1981.

The Fed raised it to combat an inflation rate of 13.5%. It also raised it to battle stagflation, the unusual circumstance caused by wage-price controls, stop-go monetary policy, and taking the dollar off of the gold standard. The yield on the 10-year Treasury note also hit a record high in 1981. It was 15.84% on September 30, 1981.

Long-term rates could rise at any time because they're bought and sold on the secondary market. But it's unlikely that they'll rise because the Fed is buying enough through QE to keep rates low.

Banks know that the Fed can use open market operations to pressure them to meet their target rate. Short-term rates affect the interest rates on savings accounts, CDs, credit cards, and adjustable-rate loans.

Interest rates for savings accounts and certificates of deposit track the London Interbank Offered Rate (LIBOR). That's the interest rate at which major international banks are willing to offer eurodollar deposits to one another.

The LIBOR rate rarely diverges from the fed funds rate. Banks may pay you a little less than LIBOR so they can make a profit. Savings accounts may follow the one-month LIBOR rate, while CDs may follow longer-term rates.

LIBOR's status as the relevant price index for consumer products is due to be phased out in stages beginning in 2022, with a full phaseout by June 2023.

Banks base credit card rates on the prime rate, which is what they charge their best customers for short-term loans. It's typically three percentage points higher than the fed funds rate.

According to our own study, the average credit card APR has hovered around 20% from April 2020 through February 2022, depending on your credit score and the type of card. It's always a good idea to pay off any outstanding credit card balances due to the high rates.

The fed funds rate guides adjustable-rate loans. These include home equity lines of credit and mortgages. The cost of these loans rises as the fed fund rate rises, so pay them down as much as possible to avoid any surprises.

Talk to your bank about switching to a fixed-rate loan to protect yourself from future rate increases.

Long-term rates follow the 10-year Treasury yield. The U.S. Treasury sells Treasury bills, notes, and bonds at an auction for a fixed interest rate that loosely tracks the fed funds rate. Investors can then sell them on the secondary market.

Demand for Treasuries also increases when there are global economic crises. That's because the U.S. government guarantees repayment. All these factors mean that interest rates on long-term debt aren't as easy to predict as those based on the fed funds rate.

Fixed interest rates on three- to five-year loans don't follow the prime rate, LIBOR, or the fed funds rate. They're a few percentage points higher than one-, three-, and five-year Treasury bill yields. Yields are the total return that investors receive for holding the bills.

When rates do rise again, you may want to consider keeping your fixed-rate loans. Rising interest rates won't affect them.

State, municipal, and corporate bonds compete with U.S. Treasuries for investors' dollars. They're riskier than U.S. government bonds, so they must pay higher interest rates than Treasuries.

Fitch, Moody's Investors Service, and Standard & Poor's are the main agencies that rate the risk of default. Bonds with the most risk are called "high-yield" or "junk" bonds, and pay the most return. When Treasury yields rise, so do the yields of these bonds to remain competitive.

What happens to bond prices when interest rates rise?

Interest rates don't directly impact house prices, but rising interest rates can slow demand in the housing market. Fewer people may be interested in buying when interest rates go up because higher interest increases the cost of a mortgage. Housing prices may level off or fall in areas with lower demand. 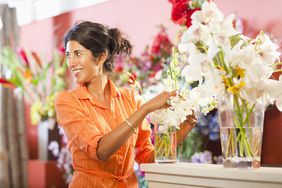 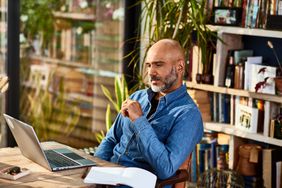 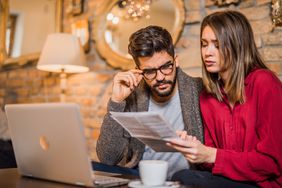 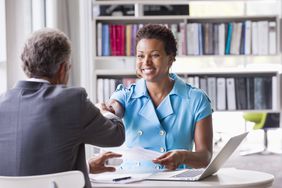