10 Ways to Make the Worst Impression at a Job Interview

Everyone wants to make the best impression when they are interviewing for a job, but it can be easy to mess up. In some cases, what you’ve done won’t be critical and you’ll get a pass.  After all, employers expect applicants to get nervous and a case of the job interview jitters shouldn’t cost you a job offer. Other things can make your interviewer decide that you're not the right person for the job, and it's time to move on to the next candidate.

What can make a really bad impression at a job interview? Here are some things that you should avoid doing if you want to move forward in the hiring process.  They are all easily avoidable, so review the list and make sure none of them happen to you.

Review these tips for how to make the worst impression at an interview, so you don’t end up on the bad applicant list.

Arrive Late or Not at All

Some of the saddest interview stories I’ve heard are from people who completely blew it. They either got the date or time wrong and totally missed the interview, or they got caught in traffic and arrived way too late.

Avoid being one of those people by taking the time to confirm your interview in advance. Give yourself plenty of extra time to get there. It’s much better to be early enough to grab a cup of coffee or walk around the block to calm your nerves than it is to stress about whether you are going to make it to the interview in a timely manner.

On the flip side, don’t be too early. Your interviewer may have a full schedule of applicants so arriving a few minutes ahead of your scheduled interview slot is plenty.

Casual attire is the norm at many workplaces, but that doesn’t mean you should show up looking like a bum. Overdressed doesn’t work so well either. If you’re not sure what to wear, ask the person who scheduled the interview. Dress accordingly for the type of job, company, and industry you’re being considered for.

Being nice—and friendly—matters when you’re doing your best to get hired. That means being nice to everyone from the receptionist who greets you to the person you’re interviewing with. You’d think that this would be a no-brainer, but, unfortunately, it doesn’t always happen.

Some candidates can be arrogant and think they are doing the company a favor by interviewing with them. Beware, companies with a company culture that revolves around workplace positivity take note of how applicants engage with all the people they meet. Keep it positive to make the best impression.

Don’t confuse being nice with being too humble. Your interview is one of the most important opportunities you have to sell yourself. You’re the only one who can tell the interviewer you’ve got the right stuff for the job. Your references can help, but they won’t get a chance to if you don’t make it past the first round.

Be prepared to answer interview questions about why you're the candidate who should be hired for the job, and to make the case as to why you're better than the other applicants.

Checking the Clock or Your Phone

During a job interview, you’re on the interviewer’s clock, not your own. Hopefully, you’ve given yourself plenty of time for the interview. If you haven’t, try not to stress over it. You can deal with whatever is delayed because the interview is running late afterward. For now, keep your focus on your interviewer.

On a similar note, be sure that your phone is turned off and out of sight. An interviewer does not want to hear that you’ve got a message or a text. Even worse, a definite interview-breaker is saying that you need to take a call.

Not Doing Your Homework

Don’t ever go to a job interview knowing nothing about the position, employer, or industry.  You can be certain that you’ll be asked what you think about the job or what you know about the company. Saying “I don’t know” or “I’m not sure” will probably cost you the job.

This one is easily avoidable. Take the time to do your homework—Google the company, check out its social media sites, look it up on LinkedIn and Glassdoor, and ask your connections about it if you know anyone who works there. Review the job posting and take the time to match your qualifications to the job, so you can share why you’re a good fit with the interviewer.

Be prepared to answer the most frequently asked job interview questions, and to respond when you're asked if you have any questions for the interviewer. It will be much less stressful having an idea of what you're going to say, and it helps you make a good impression.

Saying What You Really Think

There are times when you shouldn’t say what you really think. If you hated your last boss and the company you worked for, this is one of those times. As soon as applicants start badmouthing where they worked before, the interviewer wonders whether you will say the same about them the next time around.

Do everyone a favor, especially you, and keep those negative thoughts to yourself.  Keeping it positive will definitely work better than trashing your previous employers.

Not Telling the Truth

Yes, the truth matters. It really does. You don’t know how thoroughly the employer is going to check your background, and even a small exaggeration on your resume or in a job interview can cost you a job offer. What do applicants lie about the most? A CareerBuilder survey notes the following are the most common exaggerations or lies reported by employers:

If you didn’t do it, don’t say you did. Employers can and do check, and you don’t want to lose what could be a great job because you didn’t tell the truth.

It’s important to leave the interviewer with the impression that you want the job. You will probably be asked if there’s anything else you would like to say. Use it as an opportunity to relay your appreciation for being considered for the job, and to reiterate what makes you the best-qualified candidate.

Even though you have told the interviewer you want the job, say it again in writing. Take the time to send a thank-you note or email message after you get home from the interview. If the hiring decision is going to be made soon, send an email follow up message.

Otherwise, consider a handwritten thank you note (employers like them!) or letter. 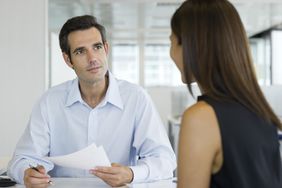 How To Improve Your Interview Skills 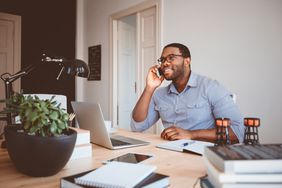 Tips for Making a Follow-Up Call After a Job Interview 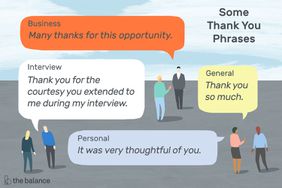 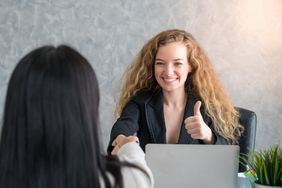 How To Impress a Potential Employer 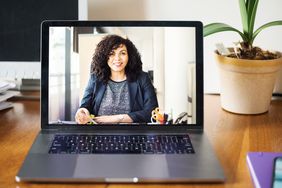 Job Interview Guide: How to Ace an Interview 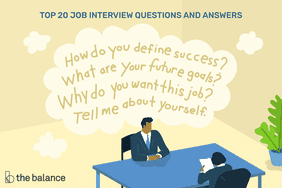 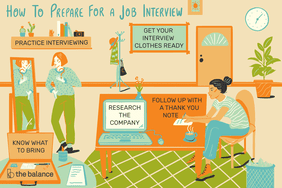 How To Prepare for a Job Interview 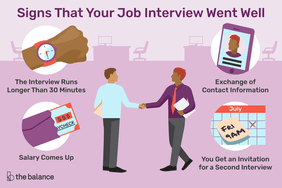 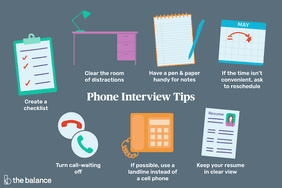 Phone Interview Tips That Will Help You Get Hired 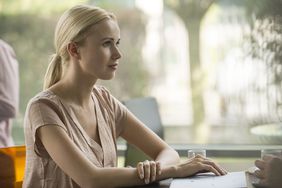 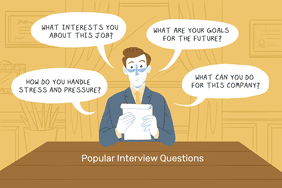 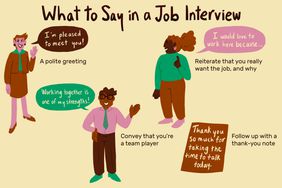 What to Say in a Job Interview 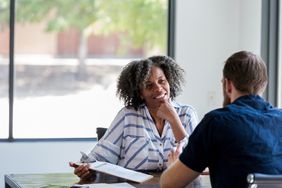 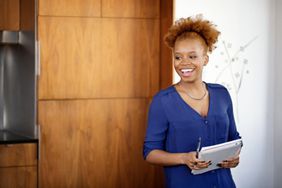 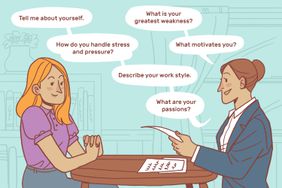 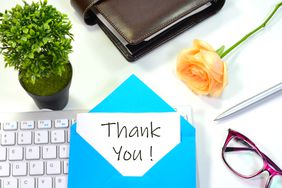